Who Owns Asia's Islands and Seas

The Royal Geographical Society is delighted to welcome Captain Richard Hayman to lecture on “Who Owns Asia’s Islands and Seas".  In this lecture, Captain Hayman describes the present state of the seas of Asia, and especially who owns the islands that lie within them, put into the context of maritime history.  For decades there have been tensions in the region, but today the threat of a confrontation among regional and super powers is more likely with countries, in particular China, claiming islands and waters presently considered the territory of other Asian nations. 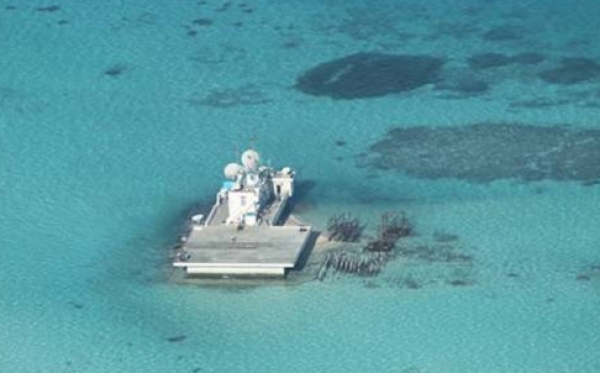 The questions of ownership, occupation, resources and nationalist pride drive current disputes over territoriality of a number of Asian seas and islands.  These all have historic roots and future consequences.  In this presentation, Captain Hayman reviews the key areas of dispute and possible conflict.  Starting in the north, the Bering Strait is presently calm but Captain Hayman wonders if recent cooperation between the US and Russia might change to confrontation.  Further south in the Sea of Okhotsk, Russia has occupied Japan’s most northerly islands, the Kuril Islands, since WWII, in a dispute that is as intense as ever.

Captain Hayman shows that the new, or newly active, foreign policies of China though are the biggest source of conflict in East Asia.  The claims of China for islands in the East China Sea, in particular its claim for the Senkaku or Diaoyu Islands, presently part of Japan, has been the subject of recent demonstrations in both countries.  More importantly, in the South China Sea, China has claimed or started to try to enforce claims, over numerous islands plus the vast reefs surrounding them, presently controlled by five countries of South-East Asia, most notably the Spratly Islands.  While China’s claims on some of these islands have merit, in other cases the claims are tenuous.

The complexity of geography, political history and human aspirations make the Asian seas a volatile region.  East Asia has innumerable islands, peninsulas and straits; no other region in the world has such hydrography surrounding its geography.   The complex coastal waters of Asia have been a determining factor in the development of the region, providing isolation of cultures in antiquity, then with the beginnings of ship technology, opportunities for exploration and trade.  As the Asian cultures developed, the seas called for crossings, though all too often in conflict.    From the Bering Strait to Malacca, and out into the Pacific, the Asian seas have been plagued by piracy, and the scene of many ship battles and imperial invasions, providing a backdrop to today’s disputes.

Captain Richard Hayman hails from the United States.  He has been voyaging in Asia since 1980 when he began his study of Chinese in Taiwan.  Residing in Hong Kong, he travelled around China and began work aboard the first river ships welcoming foreigners on the Yangzi River.  In subsequent years, Captain Hayman was assigned to the Lindblad Explorer expeditionary ship in the Arctic, Antarctica and the seas between.  He qualified as a U.S. Coast Guard officer and keeps an active Merchant Marine officer’s license.  Captain Hayman next went to China in the 1990s as director of a joint venture to build a modern fleet of river liners, now operating as Victoria Cruises on the Yangzi.  He has written two books and the illustrated map of the Yangzi.  Captain Hayman is a captain of the research vessel Heraclitus, now based in the Mediterranean.  He lectures fre quently in Asia as a maritime historian.  He is presently restoring and sailing aboard the historic Klang, a 1924 Falmouth yawl, based in New Jersey, USA, which he plans to sail to the English Channel.

The Royal Geographical Society is pleased to welcome Members and their guests are most welcome to attend this event, which is HK$150 for Members and HK$200 for guests and others.