Hong Kong to London via the Ukraine Uprising

The Royal Geographical Society is pleased to welcome Alexander Haslam to lecture on "Hong Kong to London via the Ukraine Uprising".  In this lecture, Mr Haslam tells the story of how, in March 2014, he set off from Hong Kong by train bound for Beijing to London on the Trans-Siberian Express, a trip of 12,000km.  In addition to many other adventures, he arrived in Kiev at the very moment armed separatists stormed police compounds in Donetsk and reignited the then simmering Ukrainian conflict by claiming Eastern-Ukraine as part of Russia.  Introduced to a local broadcaster in Kiev, Mr Haslam was able to access the symbolic heart of the Ukraine’s struggles: the Maidan Square.  He spoke to and photographed many of the protesters who were residing in the heart of Maidan. 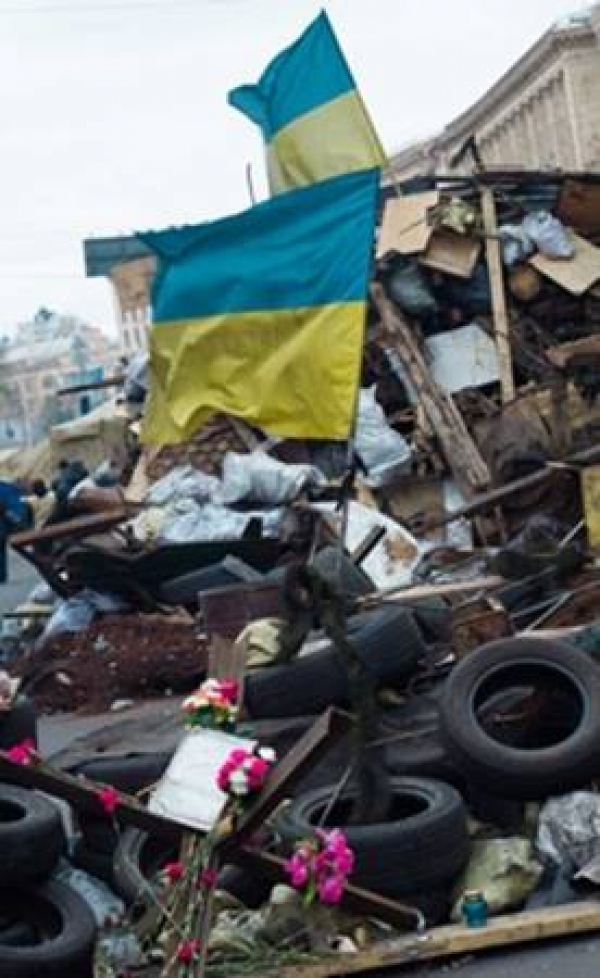 Travelling by train across the heart of continental Asia, Mr Haslam travelled on the Trans-Mongolian Express from Beijing to Ulaanbaatar and on to Irkutsk, spending time in Siberia around Lake Baikal before picking up the Trans-Siberian Express bound for Moscow.  Unable to cross Belarus, Mr Haslam abandoned his original plan of travelling from Moscow to Berlin via Minsk and instead travelled south via the Ukraine.  During his journey, Mr Haslam was able to appreciate the pleasures of a Siberian breakfast with his carriage companions, comprising 13% vol. beer and homemade whiskey, a combination, he discovered, that was not necessarily restricted to breakfast.  He also spent time visiting Lake Baikal, the largest freshwater lake in the world and home to approximately 20% of the world’s freshwater.  He also was accosted by Chechen rebels and shared horsemeat sausages and mil k laced with Vodka with a Ukrainian family fleeing the troubles in the Ukraine.

During his talk, accompanied by the photographs of his journey, Mr Haslam describes his 12,000km trip across the heartland of Asia to Europe and beyond to the United Kingdom.  He shares his own perspective on what it means to travel on the iconic Trans-Siberian Express, before focusing on his experiences crossing through Eastern Ukraine.  He speaks of how, while in Kiev, he documented the aspirations of the people he spoke to in the Maidan Square and their unique perspectives as to what the Ukraine’s struggles symbolise, drawing parallels to Hong Kong and its own recent protests.

Alexander Haslam resides in Hong Kong, where he is a lawyer.   He read Classics at Manchester University before training to be a lawyer, working in London for a number of years before moving to Hong Kong.  A Fellow of the Royal Geographical Society in London, Mr Haslam has been a passionate traveller since a teenager, journeying variously through Central America, the Levant and the Middle East, across littoral North Africa, sharing a cold drink with Saif Gaddafi in Southern Libya along the way.  Since setting off to travel overland from London to Nepal in 1999, however, Mr Haslam’s real passion has been for Asia. Since then, he has travelled extensively in Asia, including around south-east Asia, across rural China and through Pakistan, as well as visiting countries such as Tibet, Bhutan and North Korea.

The Royal Geographical Society is pleased to welcome Members and their guests are most welcome to attend this event, which is HK$150 for Members and HK$200 for guests and others, including a complimentary drink.