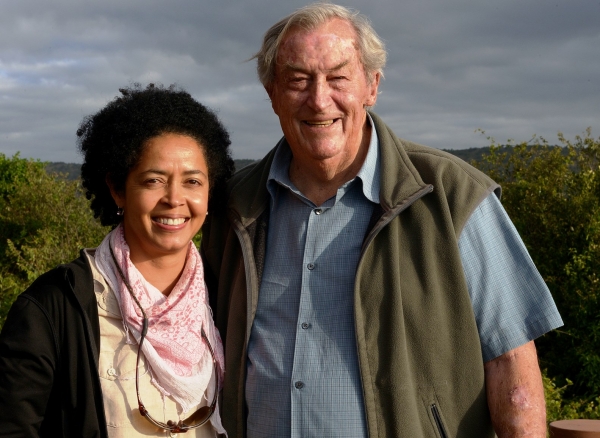 Dr Richard Leakey is an iconic figure worldwide, known for his leading roles in government, conservation and palaeontology.  Dr Leakey is the former Cabinet Secretary & Head of the Civil Service of Kenya.  He is also the former Chairman of the Kenya Wildlife Service, during which period he developed the National Park management systems now used throughout Africa.  He is also the world’s most famous palaeontologist, having discovered the early examples of Homo Erectus and Homo Sapiens, completing a fundamental part of the story of the “Cradle of Mankind”.

It was announced recently that there is to be a Hollywood movie about Dr Leakey’s whole career, directed by Angelina Jolie with Forrest Gump script-writer Eric Roth, a testament indeed to his iconic standing worldwide.

Dr Leakey is one of the most important palaeontologists in history, having found the earliest examples of all of Homo Ergaster, Homo Erectus and Homo Sapiens. These he conserved while Director of the National Museum of Kenya, helping to complete the story of the “Cradle of Mankind”.  Dr Leakey’s most famous finds include Homo Sapiens, dating to 160,000 years, the first proof that Homo Sapiens coexisted with Homo Neanderthalensis and Homo Rudolfensis and Homo Erectus in Northern Kenya.

Dr Leakey was the first head of the Wildlife Conservation and Management Department, founded in response to the international outcry over poaching and the impact it was having on the wildlife of Kenya.  The department was replaced by Kenya Wildlife Service with Dr Leakey as its first chairman.  Dr Leakey revolutionised the management of national parks both in Kenya and elsewhere, including the then virtual elimination of poaching.

Dr Leakey is the author of many books, including Origins, The People of the Lake, The Illustrated Origin of Species, The Making of Mankind, People of the Lake: Mankind and its Beginnings, Making of Mankind, One Life: An Autobiography, Origins Reconsidered, The Origin of Humankind, The Sixth Extinction and Wildlife Wars: My Fight to Save Africa's, Natural Treasures.  He has lectured worldwide, has appeared in countless media, often as the cover story, and is a Fellow of the Royal Society.

Dr Paula Kahumbu is a leading conservationist and advocate for the protection the wildlife of Kenya and the Executive Director of WildlifeDirect.

Dr Kahumbu read Biology and Geography at Bristol University, the United Kingdom, Management at the University of Pretoria, South Africa, and was awarded her doctorate by Princeton University, the United States, for research on Ecology and Evolutionary Biology.  Her principal research has been on the ecology of elephants in the rain forests of southern Kenya, and their impact on forest diversity. Since 2008, Dr Kahumbu has been the Executive Director of WildlifeDirect, where she is responsible for strategy development and running campaigns.  She is leader of the “HANDS OFF OUR ELEPHANTS” elephant campaign with Kenya’s First Lady Margaret Kenyatta.  She is also a member of Kenya’s National Task Force on the Environment.

She is the recipient of more than 60 awards, including during 2014 from the President of Kenya the Order of the Grand Warrior and from the United Nations and National Geographic.  She is the Trustee of several charities, including the Jane Goodall Institute. Dr Kahumbu is the author of some 50 published papers, principally on the wildlife of East Africa.  She is also an author who wrote one the world’s best-selling children’s books “Owen and Mzee: The true story of a remarkable friendship” and “Owen and Mzee: The Language of Friendship”. She has also been the presenter and narrator on numerous television and radio documentaries for local and international media including, CARE, BBC and Lafarge.

Members of the RGS and others are most welcome to attend this event, which is HK$200 for Members and HK$250 for guests and others.

The Royal Geographical Society - Hong Kong wishes to express its thanks to the following for their generous assistance with this event: