The Ancient Civilisations of Burma

The Royal Geographical Society is pleased to welcome Professor Janice Stargardt to lecture on "The Ancient Civilisations of Burma".  In this lecture, Professor Stargardt gives a richly illustrated talk on the ancient Pyu civilisations of Myanmar/Burma which flourished for over 1,000 years from approximately 220 BC to approximately 1100 AD.  The famed Shwedegon Pagoda in Pagan, dating from about 1100 AD, has a design based on Pyu prototypes.  Professor Stargardt also describes her experiences of June 2014 leading the team getting World Heritage Status for Myanmar/Burma’s first World Heritage sites.  She is currently leading the first British archaeological expedition to Myanmar/Burma since 1937. 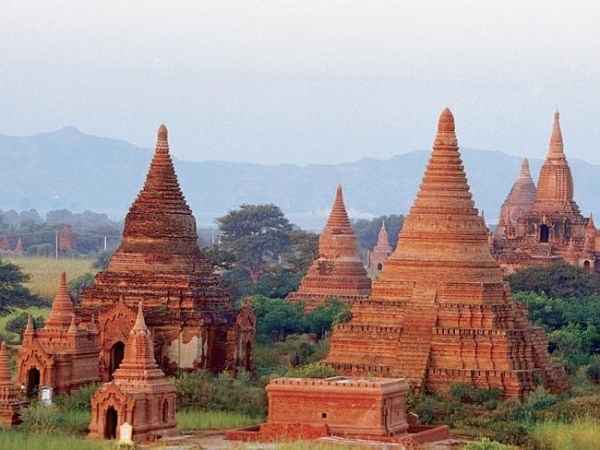 Substantial remains of Pyu monuments and cities can still be found in situ in Myanmar/Burma. The Pyu contribution to the country’s culture and physical infrastructure has been found to be very considerable.  In June 2014, Professor Stargardt therefore helped secure Myanmar/Burma’s first World Heritage Sites at the UNESCO meeting in Doha, with UNESCO granting World Heritage Status to three of the ancient Pyu cities.  In the lecture, she also speaks of the significance of man-made water control and irrigation in 1st millennium AD East Asian civilisations.

Professor Janice Stargardt is a Fellow and Director of Studies at Sidney Sussex College, Cambridge University.  She is also a Professorial Research Fellow in Asian Historical Archaeology & Geography at the Department of Geography, Cambridge University.  Professor Stargardt specialises in the history of the environment, historical geography and archaeology of South, South East and East Asia. She is the convener of a British Academy Project on early Buddhism and is a Visiting Professor at universities in Europe and Asia.  She is known for discoveries of early historical sites and irrigation systems in Thailand and Myanmar/Burma, for studies of their environments, cultures and trade, tracing links with India, South East Asia and China.

Professor Stargardt’s research is supported, among others, by the University of Cambridge, the British Academy, the Royal Society, the Natural and Environmental Research Council and the Department for International Development.  A widely published author, Professor Stargardt has worked on Myanmar/Burma for over 40 years and researched the Pyu before that.

The Royal Geographical Society is pleased to welcome Members and their guests are most welcome to attend this event, which is HK$150 for Members and HK$200 for guests and others.