Dr. Livingstone, I presume?: The Story of Africa’s Greatest Explorer

The Royal Geographical Society is pleased to welcome Colonel Paul Bayly to lecture on "Dr. Livingstone, I presume?: The Story of Africa’s Greatest Explorer".  In this riveting lecture, which sold-out twice at RGS London, Colonel Bayly recounts the exciting story of how Dr David Livingstone, a humble Scottish missionary, became Africa’s Greatest Explorer and one of the most famous figures of the 19th Century. 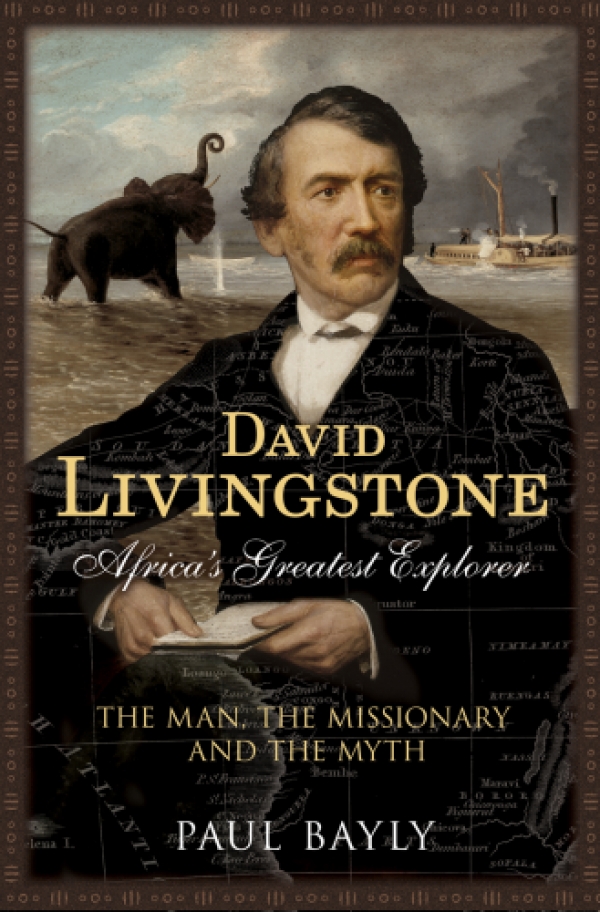 Colonel Bayly discusses the man, the missionary and the myths.  In 1841, as a 28-year-old Scottish Missionary, Dr Livingstone began the first of his exploratory treks into the African veld.  During the course of his explorations, he covered over 29,000 miles by land, frequently through the densest jungles as he crossed Southern and Eastern Africa.  He found for the outside world many of Africa’s most famous sights, including the Victoria Falls, while changing the course of history with his fervent campaigning for the abolition of slavery.

Dr Livingstone, with his curious nature and meticulous observations, uncovered a large part of southern and central Africa “where no other white man had been” and attempted to open Africa to trade and commerce.  The area that he opened up covered over one million square miles of uncharted territory.  His expeditions are still considered one of the toughest series of expeditions ever undertaken.  He also made meticulous observations of the flora and fauna of the African countryside, and made the first maps of much of Africa, most of which are held at the Royal Geographical Society.

His fame spread worldwide with regular articles from San Francisco to London to Bombay, leading the New York Herald to dispatch an American journalist, Sir Henry Stanley, to try to find him in Central Africa via the Congo.  Sir Henry, when finding him in the jungle some 1,500 miles from any other Westerners, uttered one of the most quoted sayings of the 19th Century, “Dr. Livingstone, I presume?”.

Dr Livingstone was a powerful proponent for the abolition of slavery, bringing the issue to the attention of leaders worldwide, particularly in the United States and United Kingdom.  He enjoys an enduring affection among the African people he sought to protect even now, making strong arguments that African culture should be appreciated for its richness and diversity.  On his expeditions, he faced an endless series of threatening situations, often at the hands of avaricious African chiefs, was cheated by slavers and traders, and attacked by wild animals.  The lecture also covers his relationship with his family, how he became one of the most famous figures of the Victorian era and his enduring legacy.

Colonel Paul Bayly hails from New Zealand and is a soldier, sailor, author and banker.  He is a former officer in the New Zealand Army, and has had military deployments to Syria, Lebanon and East Timor.  He has also served with the Australian Special Forces.  He worked across Southern and Eastern Africa when working for the United Nations in 1991-1992.  Currently Managing Director of Cranleigh, he has an international career in infrastructure advisory and merchant banking across New Zealand, Australia and England.

Colonel Bayly has been involved in a number of sailing expeditions, including project adviser and sailor on both the Borobudur Ship Expedition 2004, a reconstructed 700AD century ship, and the Phoenician Ship Expedition 2012, a reconstructed 600BC ship.  He has also kayaked the length of the Zambesi River.  He is a member of the Royal New Zealand Yacht Squadron. Colonel Bayly was a member of the 2011/12 organising committee for the Volvo Ocean Race. He is a Fellow of the Royal Geographical Society and the author of the best-selling book, David Livingstone, Africa’s Greatest Explorer.

Members of the RGS and their guests are most welcome to attend this event, which is HK$150 for RGS Members and HK$200 for guests and others.  This event is free of charge for any attendees under 18 or for students.