The First Woman to the Poles

The Royal Geographical Society is delighted to welcome Ann Daniels to lecture on “The First Woman to the Poles".  In this lecture, Ms Daniels tells the story of the extraordinary expeditions by which she and her fellow team mates beat the odds to become the first women in the world to walk to both the South and North Poles.  The women endured temperatures as low as -50ºC, storms, carbon monoxide poisoning and frostbite.  They skied over huge ridges, thin ice and swam in the Arctic Ocean in their quest for the poles.  Despite the odds, her remarkable team continued their gruelling trek, arriving at both poles to achieve the world record. 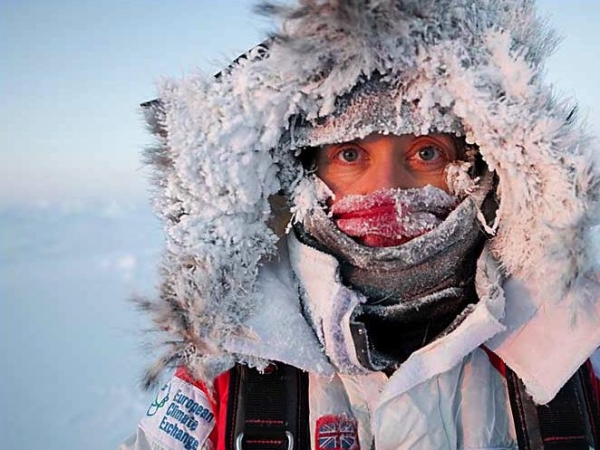 Ann Daniels was the driving force behind the initial North Pole expedition.  Her dream was to put together a women’s team to ski from Canada to the North Pole.  No all women’s team had completed the whole journey to the North Pole.  A journey across the Arctic Ocean was fraught with difficulties.  These included the extreme temperatures in a marine environment plus that the ice they skied across moved and changed constantly as the enormous power of arctic currents and wind drove the ice together and at other times cracked it wide open.  The team encountered huge ridges, at times 30 to 40 feet in height, thin ice, open water, rubble fields and the constant threat of a polar bear encounters.

Ann Daniels’s second expedition was a bid to become the first all-women’s team to walk to the South Pole.  Without the aid of guides, Ms Daniels and four other women planned and put together an expedition to leave from Hercules Inlet, Antarctica, to trek the South Pole, a 700 mile expedition.  From the beginning the team experienced some of the fiercest winds they had ever encountered, with average wind speeds of around 80 miles an hour.  As the winds are katabatic, they constantly blew in their faces and it was important that every inch of skin was covered, as exposed flesh would freeze in minutes.  In the first three days of the expedition alone, the team climbed over 2,500 ft of the 9,000 ft altitude of the Suoth Pole, hauling sledges weighing twice their own body weight.

In 2009, Ms Daniels was asked by Pen Hadow to be head of ice operations for the ground-breaking Catlin Arctic Survey.  This project completed a unique environmental study of the rapidly disappearing frozen Arctic Ocean.  Ms Daniels was responsible for leading the team on the ice and finding a safe route, making difficult decisions in the most extreme environment on Earth for over 70 consecutive days.  She also gives a brief account of the difficulties facing one of the last great wildernesses on Earth and how it affects the rest of the planet.  Three years as the ice leader of the survey saw her drilling through thick ice, collecting water samples, filtering salt water and dropping probes 400 metres into the icy cold depths of the ocean, in the search for answers to the climate change problem facing the world today.

Ann Daniels hails from Bradford, England.  She first reached the North Pole in the 1997 McVities Penguin Polar Relay, and has been there six times in all, in addition to her world record for reaching both poles.  She was described by the Times as “living proof that humans really can reach new peaks”.  She speaks regularly worldwide both at lectures and on the media on the subjects of leadership, teamwork and the environment.  She led Catlin Arctic Survey expeditions in 2009, 2010 and 2011 with Pen Hadow.  She is currently planning her next polar expedition.  She is a recipient of the prestigious Pride of Britain Award.