The Wisdom of the Maasai

The Royal Geographical Society is delighted to welcome Maasai Emmanuel Mankura, an Elder of the Maasai Tribe, to lecture on "The Wisdom of the Maasai".  In this lecture, Maasai Mankura talks about what it was like to be brought up in a remote village in Kenya in the traditions and values of his Maasai Tribe.  He tells stories of his experiences as a young boy looking after sheep and goats, and his graduation to being a warrior, carrying a spear, going on cattle raids and responsible for protecting his community’s territory and livestock.  He also talks about the essences of Maasai culture, plus the social and physical challenges he faced growing up in a remote semi-nomadic tribe. 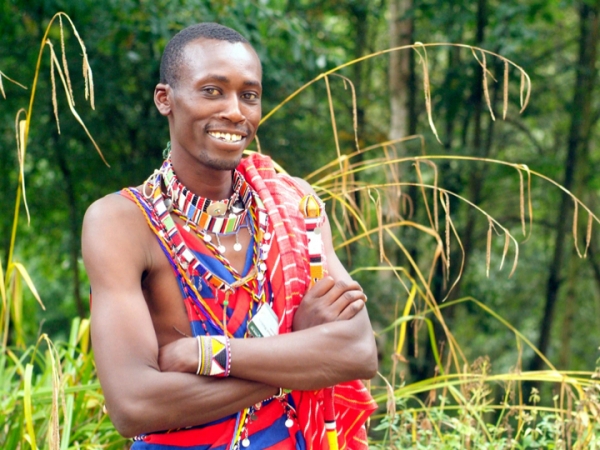 Maasai Mankura also explains how global warming and recent government interventions are affecting his community and, in particular, how a crippling drought a number of years ago threatened the lifestyle of his community.  By then he was an Elder and he realised he had to act.  He established a self-help group, which enabled his community to survive, by embracing change and using the tacit wisdom of the Maasai, which included addressing head-on many hitherto traditional Maasai taboos.

Maasai Mankura, in his role as an Elder, has used traditional and centuries old wisdom and insights to help his people for more than a decade.  In the lecture, he shows how over the centuries his Maasai Tribe have developed ways of making decisions and selecting leaders who can adapt to hostile environments.  Over the centuries the Maasai have a developed a clear values based 'warrior culture'.  This culture, because of its clarity and inherent resilience, is as strong now as it has ever been despite crippling drought and government intervention.

Maasai Emmanuel Mankura was born in a small village in a remote part of Rift Valley in Kenya, and was raised in the traditions and values of his Maasai Tribe.  As a young boy, he was responsible for looking after sheep and goats, eventually becoming a warrior.  From humble beginnings, in an egalitarian community, he went on to become an Elder.  Maasai Mankura is on his first visit to Asia.

The Royal Geographical Society - Hong Kong wishes to express its thanks to:
Ernst & Young
for its assistance with the venue for this event