A Town Called Success: the Traditional Fishing of Taiwan

The Royal Geographical Society, in conjunction with the Ocean Recovery Alliance, is pleased to present a Film Screening of "A Town Called Success: the Traditional Fishing of Taiwan" introduced by Dr Riyar Chiang of the Fisheries Research Institute of Taiwan. In this film, Taiwanese fishermen battle giant marlin in fierce seas and storms with 20kg spears, with no sonar or industrial equipment. The crew’s captain Chen Yong Fu is a local legend, epitomising the skill of a hunter in the modern age. 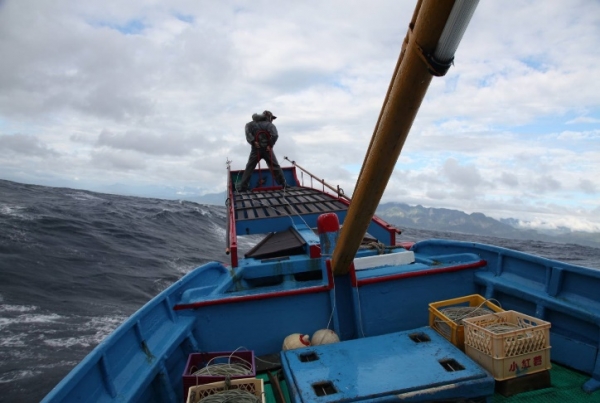 As an island country, Taiwan’s fishing industry is related to society and culture, the changes of the modern world and its effects on the people of the island.   This film tells a unique story set in a small fishing village named Chenggong, in Chinese meaning a town called success.

Here, a small group of fishermen believes a true fisherman should experience the hunt, put to sea, read the currents and the waves, find the fish and using eye-hand coordination skills harpoon it.  The film is a genuine and moving documentary about their stories and the sustainable fisheries.

Traditional fishing is under constant pressure, from industrialised fishing and from a community which no longer values small scale fishing.  However, the nets of industrial fishing are indiscriminate, snaring sharks, sunfish and fish too young to be caught, each a vital part of the marine eco-system.  Chenggong fishermen, however, help local scientists to tag and release the giant marlin to preserve the ocean’s fish resources.

Dr Riyar Chiang is a Fisheries Researcher at the Eastern Marine Biology Research Center, Fisheries Research Institute, Council of Agriculture, Taiwan.  He received his PhD from the Institute of Oceanography, National Taiwan University, Taipei on the sailfish in the waters off eastern Taiwan.  He is also an Adjunct Professor, National Taitung University, a Visiting Fellow of the Pacific Island Fisheries Science Center, Hawaii, USA, and an Invitation Fellow at the Japan Society for the Promotion of Science.

This film Screening is co-organised with Ocean Recovery Alliance