China’s Foreign Places: The Foreign Presence in China in the 19th Century

The Royal Geographical Society is pleased to welcome Robert Nield to speak on “China’s Foreign Places: The Foreign Presence in China in the 19th Century”.  In the lecture, Mr Nield explains why, although they ceased to exist over 70 years ago, the former Treaty Ports in China continue to be of great fascination.  Apart from a few tiny areas along the coast, such as Hong Kong and Macau, China was never colonised by any foreign power.  However, anybody walking around some of the larger Treaty Ports, such as Tientsin, Hankow or Shanghai in the early years of the 20th century would have the impression that they were in fact in a foreign colony.  Foreign businesses prevailed, foreign architecture was dominant and even the policemen in the street were foreigners.  Mr Nield tells the extraordinary story of how this happened and why.  Beautifully illustrated with maps and old photographs, the lecture also gives travellers to China ideas so that they can discover the many gems that still exist from this era. 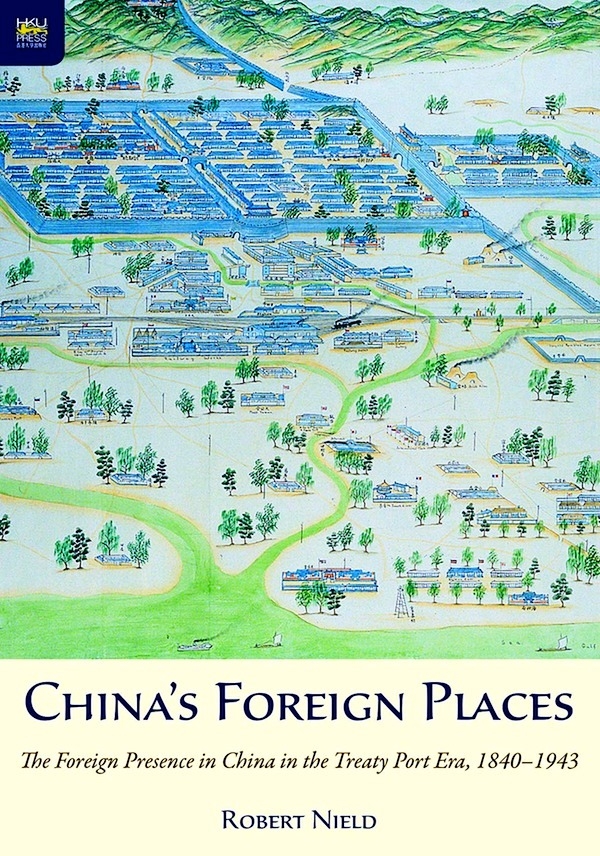 The handover of Hong Kong to China was seen worldwide but many people do not realise that Hong Kong was one of about 100 places in China that had both a foreign presence and, to a greater or lesser extent, foreign jurisdiction, that at one point were “handed over”.  Even fewer know that many of these places still maintain visible evidence of the foreign presence, such as former consulates, residences and colonial-style business premises.

Today's Shanghai city government has gone to extraordinarily impressive lengths to bring back the city's former "colonial" splendour, especially along the iconic Bund.  In a smaller way, many other cities are doing the same.  In its heyday, Shanghai was bigger, in terms of volume and value of its trade, than all the other Treaty Ports put together.  Of the hundred or so others that at one time existed in China, the majority started tiny and remained that way, such as Chinchew Bay and the Saddle Islands, though others such as Canton, Gulangyu Island and Tsingtao flourished.

Treaty Ports were not the only sites of the foreign presence in China.  There were also leased territories, seaside holiday resorts, consular posts and hill stations.  Mr Nield has identified in his research more than 250 places in China, excluding missionary stations, where there was to some degree a form of foreign jurisdiction.  Of these, perhaps 100 could be classified as being Treaty Ports or similarly important stations.  Mr Nield has travelled to nearly all of them and describes some of his fascinating experiences en route during the lecture.

Robert Nield has resided in Hong Kong for 35 years and was a long-time partner of one of the “Big Four” international professional services firms.  He has studied Hong Kong’s history since his arrival and this developed into an interest for the wider foreign presence in China.  In 2010, he published his first book on the subject, The China Coast: Trade and the First Treaty Ports then, during 2015, China’s Foreign Places, the first effective encyclopaedia on the subject to have been written since 1867.  He has travelled extensively in China and has visited 80 of the “foreign places” that can still be found there.