3,000 km by horse along the Old Silk Road from China to the Caspian

The Royal Geographical Society is delighted to welcome Jonny Bealby, one of the world's most extraordinary travellers, to speak on "3,000 km by horse along the Old Silk Road from China to the Caspian Sea & other adventures on the Wild Frontier", the subject of a recent sell-out lecture at RGS London.  In the lecture, he tells the extraordinary story of how he travelled by horse along the old Silk Road, from Kashgar, in Western China, to the Caspian Sea, the amazing adventures of which are the subject of his famous film, Silk Dreams, Troubled Road, which has played on Discovery Channel more than 20 times.  He also speaks of the other two journeys of his travel trilogy, riding his motorbike right round Africa and his expedition to the remotest mythical pagan Nuristan region of Afghanistan.   Mr Bealby has many entertain ing tales to tell, wonderful photographs to show, all being given with wit and aplomb. 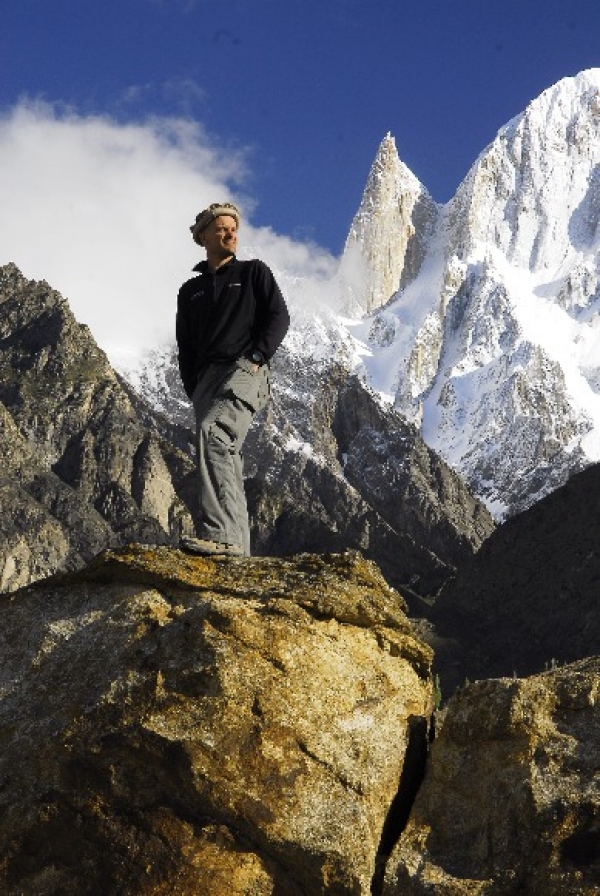 The Old Silk Road expedition is one of the great expeditions of the era.  Accompanied by a girl he had known for less than six hours, with little or no knowledge of local languages, customs or politics, Mr Bealby travelled by horse along the old Silk Road, from Kashgar, in Western China, to the Caspian Sea.  Recording their adventures, and misadventures, with everything from bandits, horse thieves & every kind of climate, for television on a DVD camera, they travelled 3,000 kilometres in the saddle, crossing 'the five ex-Soviet Stans' in what proved a long and gruelling trip.  His book, Silk Dreams, Troubled Road, is in numerous reprints, and the film about this trip has been played on Discovery Channel more than 20 times.

Mr Bealby also speaks of the second part of his trilogy, motorcycling the circumference of Africa.  Travelling down the rarely taken western route through Algeria, the Congo, Angola and Namibia to Cape Town, he then went north via the east, through Ethiopia and Sudan.  He had numerous adventures on a journey that took 10 months to complete, including facing gorillas in the Congo and guerrillas in Ethiopia.  The outcome of this trip was his book Running With The Moon, which has since become something of cult travel classic.

The third part of Mr Bealby’s trilogy follows the footsteps of Rudyard Kipling's short story The Man Who Would Be King.  He travelled into war-torn Afghanistan in search of the mythical lands of Kafiristan in search of a pagan tribe.  For A Pagan Song, the book about these travels, described by the Daily Telegraph as 'Rollicking tale", was released to considerable acclaim.  Mr Bealby visited a pagan world of fierce tribesmen and strange customs, of fighting mountains and marching plains, of searing heat or cold.  Mr Bealby talks about the Nuristanis' reputation for thieving and banditry, and how that reputation is still very well deserved.  In the 38 days it took to cross this lawless province, Mr Bealby was shot at in Wama then subsequently held hostage in Kantiwar.  On the physically gruelling trip, Mr Bealby crossed five 5,000-metre passes, traversed some 500 kilometres, and survived on little but bread and tea.  Mr Bealby talks about how, like many new converts, the people of Nuristan, though duplicitous to the last, have taken to their newfound faith with fundamentalist zeal.

Jonny Bealby hails from Lincolnshire, England.  Educated in the UK and Canada, he developed a passion for travel and on leaving college journeyed extensively in Australasia and the Far East.  He then became a sound engineer before forming his own rock band, Tin Gods.  He was also a stunt horse rider, circus roustabout and photojournalist.  As a writer and traveller, Mr Bealby has visited more than 90 countries and, in addition to his three best-selling books, has had articles featured in a variety of publications including the Daily Telegraph, The Times, Observer, Guardian, Daily Mail, Elle and Traveller.  He has lectured to the Royal Geographical Society on a number of occasions in both London and Hong Kong.  He owns the adventure travel business Wild Frontiers, which in 2015 took over 1,600 clients to 50 destinations.