The Royal Geographical Society is pleased to welcome Gavin Edwards and Dr Michael Lau to speak on "Preserving the Biological Diversity of Hong Kong".  In the lecture, Mr Edwards and Dr Lau describe how Hong Kong’s sub-tropical climate and unique position at the mouth of the Pearl River mean that it is blessed with an amazingly rich diversity of plant and animal life that is of global significance.  Hong Kong’s biodiversity and natural environment is not just a source of wonder, but it also provides essential services that support the web of life of the planet.  In the talk, Mr Edwards first introduces the international Convention on Biological Diversity, then Dr Lau talks about Hong Kong’s biodiversity, the threats to it and the priorities for its preservation.  Mr Edwards sums up with what society can do to help shape the future of Hong Kong. 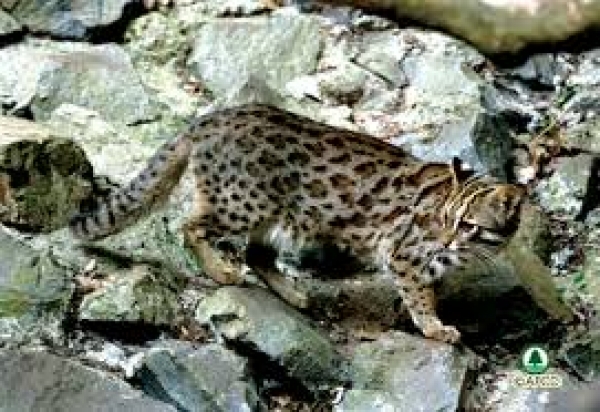 The Convention on Biological Diversity was extended to Hong Kong in May 2011 and Hong Kong is working on a city-level Biodiversity Strategy and Action Plan, in order to fulfil its responsibilities.  The Hong Kong Government has adopted a participatory approach in the formulation of its Biodiversity Strategy and Action Plan, following the Convention on Biological Diversity guidelines.  Academics, NGOs, professionals and other stakeholders have been invited to join the Steering Committee, Working Groups and Focus Groups for the plan.

After more than one year of intensive work, 12 Focus Group reports, with more than 400 recommendations, have been produced and these have been grouped, compiled and prioritised into 33 Key Actions. The Government launched the 3-month public consultation of a potential Biodiversity Strategy and Action Plan on 6 January 2016.  Mr Edwards and Dr Lau, however, assert that the public consultation document lacks specificity and does not include most of the recommendations.  The Biodiversity Strategy and Action Plan, they argue, is of great importance as it sets out the strategy and conservation actions for Hong Kong in the coming five years.

Gavin Edwards joined WWF-Hong Kong in 2013 as the Director of Conservation, bringing his almost 20 years of environmental advocacy and conservation experience to the organisation.  Before joining WWF, he was the head of Greenpeace’s global Climate and Energy Campaign, developing Greenpeace’s worldwide strategy advocating solutions to climate change.  Mr Edwards has also led successful campaigns on forest conservation in Canada, the Amazon and Indonesia.  At WWF-Hong Kong, he directs a wide array of conservation, footprint and climate-related programmes, from sustainable seafood, shark to environmental watchdog programmes.   He holds an Executive MBA from the Kellogg School of Management in Chicago and Hong Kong UST.

Dr Michael Lau re-joined WWF-Hong Kong in 2011 as the Senior Head of Local Biodiversity.  After graduating from university, he worked for WWF-Hong Kong for five years.  He received his Ph.D. from the University of Hong Kong on the habitat use of Hong Kong amphibians and the conservation of endemic Romer's Tree Frog.  During his time at HKU, he also took part in the Hong Kong Biodiversity Survey.  He then led a forest conservation programme in southern China, while continuing to work on biodiversity projects in Hong Kong.