The Power of Travel

The Royal Geographical Society is pleased to welcome Karina Moreton, well-known adventurer, filmmaker & explorer, to speak on “The Power of Travel”.  In the lecture, she tells of her more than 100 travel films, including for Discovery Channel and the BBC.  She also narrates a photographic journey of Mongolia, Bhutan and Myanmar to illustrate the transformative impact travel has on peoples’ lives and the glories of these countries.  Ms Moreton also explains how she became an entrepreneur and founded her successful travel business, Panoramic Journeys. 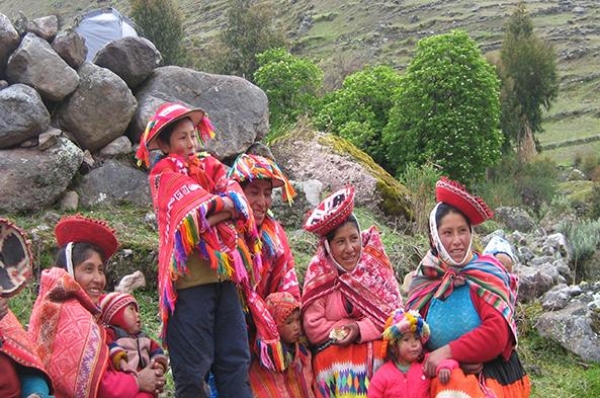 Aged just 16, Karina Moreton went on a school expedition to a Nature Reserve in Venezuela. Seeing the need for a film to be made to promote the work being done there, she started a mission to use film to inspire others.  She then read Anthropology at University College London, followed by a successful film and documentary-making career.   She has since made, produced and facilitated more than 100 film and photography shoots and hundreds of journeys throughout the world.  The talk touches on the amazing things Ms Moreton has arranged for her diverse and adventurous film and photography clients.

Ms Moreton is most famous for her travels trough Mongolia, Bhutan and Myanmar.  She speaks in depth of all of these countries, their fabulous cultures and amazing landscapes.  Ms Moreton takes the audience on an inspiring journey through these exciting destinations, whilst weaving together personal and philosophical reflections on travel.

During 2002, she went on a seven-month journey to film in Peru, Papua New Guinea and Mongolia.  Despite being robbed of her film camera equipment at knifepoint in PNG, Karina reached Ulaanbaatar during the famous Naadam festival, going on to the vast plains of Mongolia set against majestic mountains.  She then founded Panoramic Journeys, to allow others to do the same kind of journeys.  The first paying clients they hosted were Ewan McGregor and Charlie Boorman for their Long Way Round television series.

Panoramic Journeys is now a successful business.  As well as bringing these destinations to television screens through its films, Panoramic Journeys has established a Sustainable Travel Fund, which has financed a school in Myanmar, assisted nomads in setting up their own micro businesses and been integral to midwifery training in Mongolia and Myanmar.   Ms Moreton has successfully combined running her own business together with being a leading film maker, including for Discovery Channel, the BBC, National Geographic, Seven Network, Human Planet Tatler and Central TV.