A Gala Jardine Penthouse Evening: Secret War and Future War: How the Spies, Codebreakers and Guerrillas of World War II set the Pattern for the Likely Conflicts of the Next Generation

Sir Max Hastings
Wednesday, 23 Mar 2016
Google Calendar Outlook Calendar
Complimentary Drinks Reception 6.30 pm; Lecture 7.30 pm
Jardine Penthouse, 48/F Jardine House, One Connaught Place, Central
In view of the likely popularity of this lecture, please reply to This email address is being protected from spambots. You need JavaScript enabled to view it., stating the names of attendees who wish to book; there is no need to pay for your tickets in advance.

The Royal Geographical Society is honoured to welcome Sir Max Hastings, FRSL, to speak on “Secret War and Future War: How the Spies, Codebreakers and Guerrillas of World War II set the Pattern for the Likely Conflicts of the Next Generation”. In the lecture, the Society hears from the most famous war correspondent of the present day about some of the highlights of the “secret wars” fought during WW2, then goes on to explain their relevance to the conflicts of today. The lecture is an authoritative, exciting and erudite tour de force of the role of spying and secret warfare in the past and for the future. 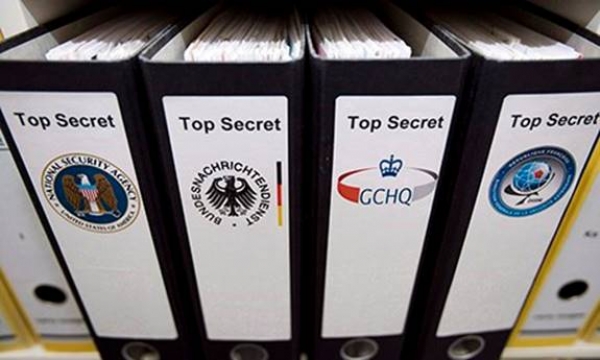 Sir Max tells some of the hundreds of spy stories he has studied and develops his thesis that in any secret war there is a ceaseless tension at play between comedy, tragedy and absurdity. Seventy years since WW2, memoirs and revelations have left a rich gallery of rogues, eccentrics and brainstorming professors, which Sir Max tells of with his trademark eloquence and humour. But perhaps most importantly, he discusses the role of spies, codebreakers and guerrillas in the wars of the present and future.

Sir Max speaks of familiar characters like Kim Philby, Alan Turing and Sir Stewart Makenzie. He argues that the democracies during WW2 made better use of intelligence because their leaders were more open-minded, unlike Stalin, who refused to believe in 1941 that the Germans were about to attack his country. He also recognises though, that perhaps the greatest espionage success of all, the Soviet penetration of the Manhattan Project to build the first nuclear bomb, was achieved by a dictatorship. In a witty assessment of the intelligence operations of WW2, Sir Max concludes that “sigint”, decoded radio traffic, was vastly superior in quality to “humint”, information obtained via secret agents. He also argues that information gleaned from “open sources”, for example, diplomatic attachés reading local newspapers or overhearing gossip in bars, was and is often just as valuable as information derived fr om espionage work. His other main conclusion is that no intelligence ultimately matters unless a nation possesses the hard power to act on it.

Sir Max shows how Alan Turing, the brilliant mathematician codebreaker at Bletchley Park during the Second World War, has recently emerged as a celebrated secret warrior, when until recently he was virtually unknown. WW2 was therefore the conflict when signals intelligence, the art of analysing wireless communications, came into its own. Despite an extensive networks of spies and resistance fighters, the meticulous work at Bletchley Park changed the course of events to a much greater extent than previously. He postulates that “boffins” such as Alan Turing have perhaps superseded cavalrymen and fighter pilots as military role models, perhaps all the more so in the present day.

The battle of the Atlantic is usually regarded as the greatest success of the Ultra intelligence supplied by Bletchley Park. Yet the codebreakers were unable to read the U-boats’ Enigma traffic for most of 1942 and the Germans were breaking British naval codes until 1943 and knew the movements of convoys well in advance. The most remarkable stories told by Sir Max are of double agents, perhaps the most relevant to the present age. A Soviet double agent persuaded his German handlers that a minor operation was a full-scale offensive, thus drawing German divisions away from Stalingrad. As a result, the Germans won a great victory at the Battle of Rzhev, but lost the whole war at Stalingrad. Similarly, the British persuaded the Germans that a fictitious British army in Egypt was poised to invade the Balkans in 1943 and most famously that the Allied landings in France would take place in the Pas de Calais region rather than on the Normandy beaches. Sir Max speculates how similar ploys may be achieved in the future.

Sir Max Hastings, FRSL, FRHS, was educated at Charterhouse School and University College, Oxford. He is celebrated British journalist, editor, historian and author. Following Oxford, Sir Max moved to the United States, spending a year as a Fellow of the World Press Institute, following which he published his first book, America. He became a world-famous foreign correspondent and reported from more than sixty countries and eleven wars for BBC TV's Twenty-Four Hours current affairs programme and for the Evening Standard in London. Sir Max was the first journalist to enter the liberated Port Stanley during the 1982 Falklands War. After ten years as editor and then editor-in-chief of The Daily Telegraph, he became editor of the Evening Standard.

Sir Max has presented historical documentaries for the BBC and is the author of 25 books, including Bomber Command, which won the Somerset Maugham Award. Both Overlord and The Battle for the Falklands won the Yorkshire Post Book of the Year prize. Sir Max was named Journalist of the Year and Reporter of the Year at the 1982 British Press Awards and Editor of the Year in 1988. In 2010, he received the Royal United Services Institute's Westminster Medal, the Edgar Wallace Award from the London Press Club and the Pritzker Military Library Literature Award. Sir Max is a Fellow of the Royal Society of Literature and the Royal Historical Society. He was President of the Campaign to Protect Rural England from 2002–2007. He was knighted in 2002 and has lectured globally.

Members of the RGS and others are most welcome to attend this event, which is HK$200 for Members and HK$250 for guests and others.