The Royal Geographical Society is pleased to welcome Andrew Harper, OAM, to speak on “The Deserts & Camels of Australia: Reinventing 19th Century Desert Exploration for 21st Century Desert Knowledge”.  In the talk, Mr Harper speaks about the history of desert discoveries, the plethora of life and landscapes he has encountered in his extraordinary expeditions to such areas, and the scientific discoveries made during the exploration of these special landscapes. 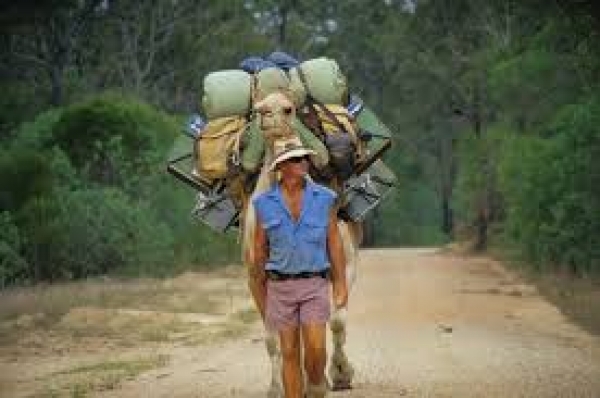 Focusing on the record rains and floods in the Simpson Desert from 2009 to 2012, Mr Harper describes, through a rich visual and informative presentation, the remarkable transformation of the world’s largest parallel sand-ridge desert.  His lecture discusses disciplines as botany, anthropology, ornithology, archaeology and paleontology, but it also describes Mr Harper’s incredible adventures as a desert explorer.

The grand days of 19th Century desert exploration were pivotal in the development of inland Australia, and as the young colonies launched major scientific expeditions into the blank parts of the map, the camel quickly became the choice of transport to explore the inland.

Mr Harper makes regular deep desert expeditions, including a 4,637 km solo crossing of Australia along the Tropic of Capricorn, raising funds for the Royal Flying Doctor Service, and a 720 km, 35 day, two man, 5 camel expedition across the Tanami Desert to link the routes of explorers John Stuart and Augustus Gregory.  He also made a nomadic walk from the western side of the Simpson Desert to the Warburton River near Lake Eyre, a 2 person, 6 camel, 1 dog journey that covered 430 km.  He also walked 700 km west-to-east solo across the Simpson Desert.

Andrew Harper, OAM, FRGS hails from Australia.  He is the Founder and Managing Director of Australian Desert Expeditions and owner/expedition leader at the Outback Camel Company.  Australian Desert Expeditions (ADE) is a not-for-profit environmental organisation that conducts scientific and ecological surveys in remote desert regions.  ADE works with leading national research institutions and universities, government and private land management agencies and indigenous landowners across Central Australia.  In January 2015, he was awarded the Medal of the Order of Australia for services to environmental science, research and adventure tourism.