Chungking Mansions: a Ghetto at the Centre of the World (FULLY BOOKED)

Professor Gordon Mathews
Tuesday, 5 Apr 2016
Google Calendar Outlook Calendar
Complimentary Drinks Reception 6.30 pm; Lecture 7.30 pm
21/F Edinburgh Tower, The Landmark, Central
Please note that we are requesting pre-booking for this popular lecture, which has limited seating; please reply to This email address is being protected from spambots. You need JavaScript enabled to view it. stating the names of attendees who wish to book; there is no need to pay for your tickets in advance.

The Royal Geographical Society is pleased to welcome Professor Gordon Matthews to speak on “Chungking Mansions: a Ghetto at the Centre of the World”.  In the lecture, Professor Matthews shows how Chungking Mansions, perhaps Tsim Sha Tsui’s most famous building, has become the most globalised building in the world.  With 90 guesthouses and 380 businesses in all, some 4,000-5,000 people reside in a cramped site of 100 m², rising 17 storeys.  There is no other building in the world with the intensity of global interactions taking place under one roof, with Professor Matthews having met people of 130 nationalities within its guesthouses.  It is in effect an outpost of the developing world in downtown Hong Kong, iconic of Hong Kong' s seedy and dangerous underside, but more recently as a beacon of multiculturalism. 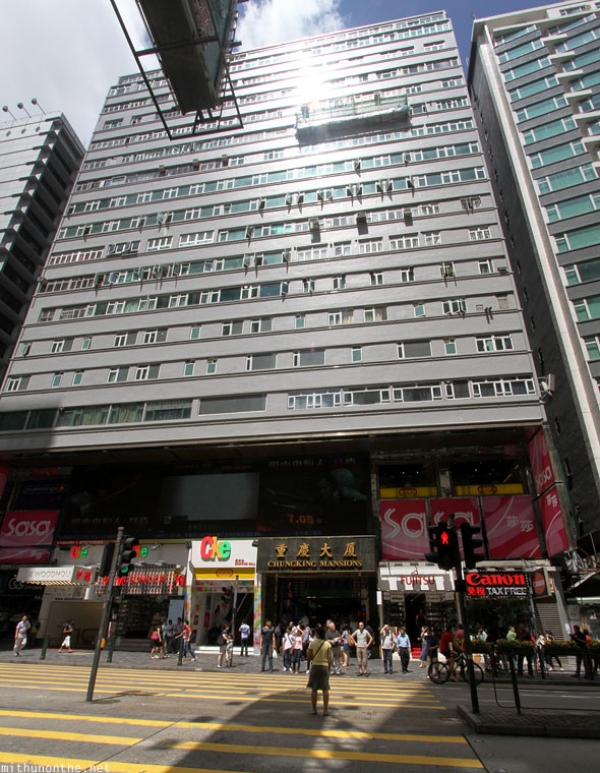 In this talk, Professor Matthews discusses the architecture, history and significance of Chungking Mansions, and its curious double role as Hong Kong's shadowy background and international foreground.  Through enthralling candid stories, Professor Matthews also shows the building’s residents’ intricate connections to the international circulation of goods, money and ideas.

Chungking Mansions is “a ghetto at the centre of the world”, a node of the developing world in Hong Kong.  Many Hong Kong people are afraid to enter the building and during 1993, Chungking Mansions even lost power for 10 days.  Traders, labourers and asylum seekers from all over Asia and Africa reside and work there.  Chungking Mansions are a world away from the headquarters of multinational corporations, however, Professor Matthews argues that they epitomise the way globalisation actually works for most of the world's people.  Chungking Mansions is a world centre of “low-end globalisation”: the transnational flow of people and goods involving relatively small amounts of capital and informal, semi-legal or illegal transactions commonly associated within the developing world.  Professor Matthews postulates that this is globalisation as experienced by most of the world’s peopl e on an iconic site within Hong Kong.