Facing your Fears: the World's Fastest Woman to the Seven Summits

The Royal Geograhical Society is pleased to welcome Hong Kong resident Annabelle Bond to speak on "Facing your Fears: the World's Fastest Woman to the Seven Summits”.  Ms Bond has not only climbed Mount Everest, which she achieved following just 6 months of training, but continued to all of the highest peaks in the seven continents.  She became the world's fastest woman to do so, a record that stood for eight years.  She also successfully reached the North Pole on an expedition with SAS Prince Albert II of Monaco.  In this lecture, Ms Bond tells the story of her epic climbs around the world, her other adventures, in a talk illustrated by photographs richly illustrating the beauty of the mountains. 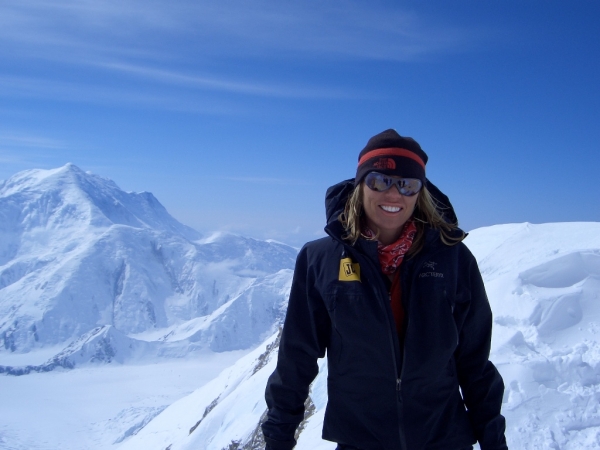 Annabelle Bond was educated in Hong Kong and overseas and began a real estate career in Hong Kong with Savills, where she became a director. A regular competitor on the MacLehose race, she held the Hong Kong women's mountain half marathons title for 3 years.  Ms Bond then set out travelling, including trekking to Everest Base Camp, over the Chola Pass into Gokio and then climbing Mount Aconcagua in Argentina.  She went on to climb in Bolivia, ride across Ecuador and go to Argentina to play polo.  Following this, she started preparations for her Everest climb and her Seven Summits triumph.

In April 2006, Ms Bond joined SAS Prince Albert II of Monaco on an expedition to the North Pole.  Using teams of dogs, the seven-person expedition reached the North Pole on 16 April.  The expedition was conducted in conjunction with a project for the World Wildlife Fund that sought to highlight awareness of global warming.  In May 2009, Ms Bond ran a 250-kilometre self-supported endurance race across the desert of Namibia as part of the Racing the Planet Series of Races and the Sahara Desert race the same year.

Ms Bond speaks regularly to corporations and other groups on the importance of Setting and Achieving Goals. She works as well as an Advisor to Arbor Ventures, an all-woman venture capital fund and she recently co-founded The Affordable Health Company.  In 2005, Ms Bond was awarded the position of Honorary Colonel of the Chilean Army and, in November 2006, she was made a member of the Royal Council by his Majesty King Zwelithini of KwaZulu.  In December 2006, she was appointed an Officer of the Order of the British Empire (OBE) by HM the Queen for her services to mountaineering and charity.

Members of the RGS and their guests are most welcome to attend this event, which is HK$150 for RGS Members and HK$200 for guests and others, including a complimentary glass of red or white wine