China’s New Nationalism: How it is reshaping China’s Economic and Foreign Policy at Home and Abroad

The Royal Geographical Society is pleased to welcome world-famous China authority Professor Rana Mitter to speak on "China’s New Nationalism: How it is reshaping China’s Economic and Foreign Policy at Home and Abroad".  In this lecture, Professor Mitter discusses how Nationalism has become one of the most important forces shaping policy within China today, as well as towards its neighbours and overseas partners.  The talk explores facets of the new Chinese nationalism within China itself as well as abroad. 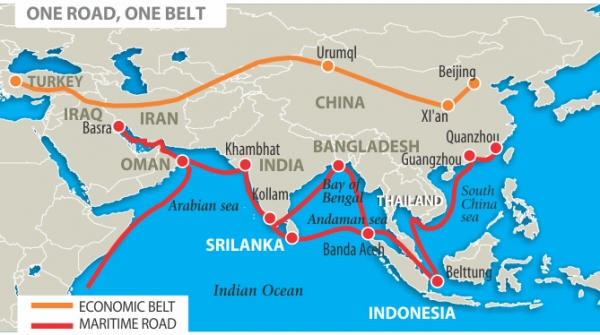 Professor Mitter also examines the opportunities as well as obstacles of the One Belt One Road policy as currently proposed.  He discusses as well some of the differences between China and its regional neighbours that may shape attitudes towards and implementation of foreign partnerships and investment.

Professor Rana Mitter is the Director of the University China Centre at the University of Oxford, where he is Professor of the History and Politics of Modern China.  He was educated at Cambridge and Harvard Universities.  He is the author of several books, including the award-winning “A Bitter Revolution: China's Struggle with the Modern World” and “China's War with Japan, 1937-45: The Struggle for Survival”, which was named as Book of the Year in the Financial Times and the Economist.

Professor Mitter contributes regularly to programmes on television and radio globally, commenting on contemporary Chinese politics and society.  More broadly, he is a regular presenter of programmes on music, the arts and ideas on BBC Radio. His reviews and essays have appeared in newspapers including the Financial Times, New York Times, Guardian, Telegraph and Caijing.

Members and their guests are most welcome to attend this event, which is HK$150 for Members of the Royal Geographical Society, The British Chamber of Commerce in Hong Kong and alumni of the University of Oxford, and HK$200 for guests and others.