The Royal Geographical Society is pleased to welcome Wong How Man, China’s greatest explorer and one of our most popular lecturers, to speak on “Tibet Revisited”.  In 1982, Wong How Man embarked on the first of six major expeditions for National Geographic, to Tibet.  With two Chinese drivers and an assistant from Hong Kong who would soon quit because of hardship, his team left Kunming in a Beijing Jeep.  This expedition, skirting the entire Tibetan plateau including the Kham and Amdo regions, would last for over four months.  In the lecture, Mr Wong tells the extraordinary story of the original expedition plus compares the regions visited with his recent expeditions to Tibet. 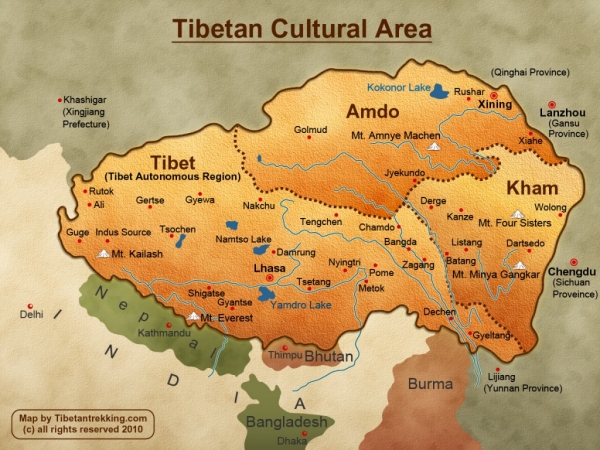 Based on the original expedition, a monumental 52-page article was published in National Geographic, the longest China article to date.  In the talk, Mr Wong takes the audience back to 35 years ago, to a time when entering the plateau was a major endeavour.  By comparison, he describes how, during the last couple of years, his team has consistently probed the remotest and least known corners of this hidden land, finding startling comparisons with his earlier expeditions.

Mr Wong also reflects briefly on whether exploration “is over” in China.

Hailing from California, USA, Wong How Man is the Founder President of the China Research & Exploration Society.  Being “China’s most accomplished explorer”, Time Magazine has honoured Mr Wong as one of their 25 Asian Heroes.  In a career spanning thirty years of exploration in remote China together with neighbouring countries, Wong How Man is a veteran at the National Geographic, having led six major expeditions for the magazine.  In 1986, he founded the China Exploration & Research Society, which expanded his exploration work to conservation of China’s natural and cultural heritage.  He has authored 15 books and innumerable articles, and his work has been featured often on CNN, National Geographic Channel and many other media.