From The Surgeon of Crowthorne to The Man who Loved China

Tales of 50 years an Author and Journalist: An Evening of Entertainment and Enlightenment with Simon Winchester

Please join the Royal Geographical Society and the Hong Kong Club at a banquet dinner with Guest of Honour, Simon Winchester, OBE, the celebrated author and raconteur.  During his address, Mr Winchester shares tales from his 50 years as a journalist and author, from the Watergate Scandal to his capture by the Argentines whilst a war correspondent during the Falklands War.  He also describes becoming a world-famous author, with global best-sellers including The Surgeon of Crowthorne, Krakatoa: The Day the World Exploded and The Man who Loved China, amongst 15 titles.  An evening with Mr Winchester is one of humour, profundity & hilarity, and the Society looks forward to welcoming you. 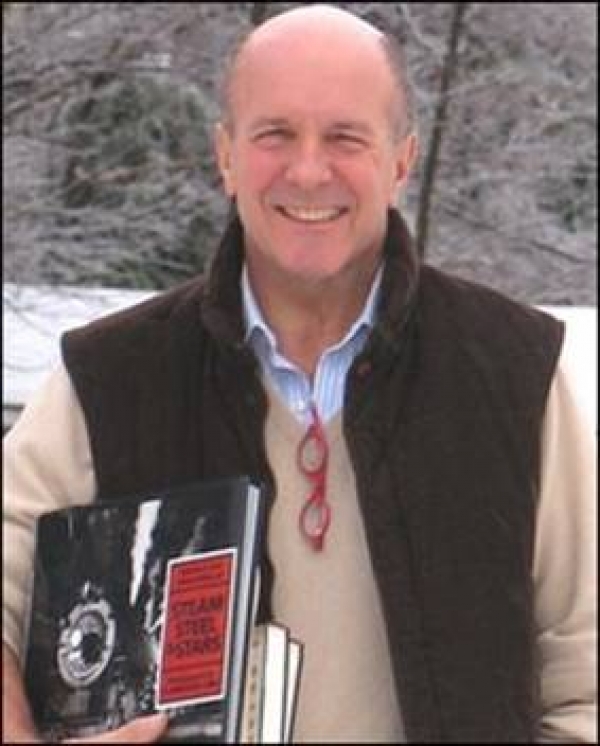 Simon Winchester
Simon Winchester read Geology at St. Catherine’s College, Oxford, of which he is today an Honorary Fellow.  Mr Winchester has an extraordinary list of accomplishments spanning across the globe, as a geologist, a leading foreign correspondent, a journalist, a broadcaster and a bestselling author of both fiction and non-fiction.

In his time as a news correspondent in Northern Ireland, Mr Winchester reported on the turbulent years of IRA’s prominence in the early 1970s, experiencing first-hand the dramatic terror and unpredictability brought by the group.  He then relocated to Washington D.C. in time to cover the Watergate Scandal and the sudden start of Gerald Ford’s presidency.

Later, when covering the Argentinian invasion of the Falkland Islands in his role as the chief  feature writer for The Sunday Times, Mr Winchester was imprisoned for three months by the Argentinian authorities on suspicion of being a spy.  Following this, Mr Winchester moved to Hong Kong to embark on an illustrious career as a travel writer for publications such as Condé Nast Traveller, National Geographic, Traveller and Smithsonian magazine, writing on areas such as China, Siberia and Tasmania.

Now famous as an accomplished author, Mr Winchester continues to publish books and articles on a number of different subjects such as travel, history, geography and literature. One of the most widely read historical writers of the era, his literary breakthrough success was the critically acclaimed The Surgeon of Crowthorne, a sensational biographical work about the publication of the first Oxford English Dictionary.

Mr Winchester’s insightful narrative continues to engage millions of readers today.  His global bestseller Krakatoa: The Day the World Exploded tells of the legendary 1883 annihilation of the volcano-island and the spectacular impact of the ensuing destruction.  In The Map That Changed The World, Mr Winchester showed the unlikely origins of the genius geologist who fathered modern geology.  In exceptional recent works Atlantic: A Vast Ocean of a Million Stories and his most recent publication, Pacific, Mr Winchester explored the enormity, economics and politics of the open oceans.

For his services to journalism and literature, Mr Winchester was awarded an OBE in 2006.

The Evening & Bookings
The evening comprises a complimentary drinks reception and a three-course banquet dinner with wines. In view of the likely popularity of this dinner, priority is being given to RGS-HK or Hong Kong Club Members and their guests.

For this event, there is pre-booked individual seating available, or you may arrange a group at a table, or book a table of 12 people. Tickets are priced at HK$880 each.

The surplus from Royal Geographical Society - Hong Kong dinners, if any, is used to subsidise and make possible the Society’s programme of more than 60 lectures throughout the year, for the benefit of all Members and their guests.  In addition, the Society runs an extensive scholarship and schools outreach programme for students.  Your support for this is much appreciated.