Sailing the Southern Ocean: A voyage to Antarctica & South Georgia

The Royal Geographical Society is pleased to welcome Alex Johnston to speak on "Sailing the Southern Ocean: A voyage to Antarctica & South Georgia”.  In the lecture, well-known Hong Kong yachtsman Alex Johnston tells the tale of how his team’s yacht, the 2041, set sail from Cape Town, South Africa to South America and then on to Antarctica.  The mission, through these ferocious seas, was to support Robert Swan’s Mission Antarctica Programme, to clean up the Bellingshausen Russian Antarctic base on King George Island of 1,000 tonnes of waste. 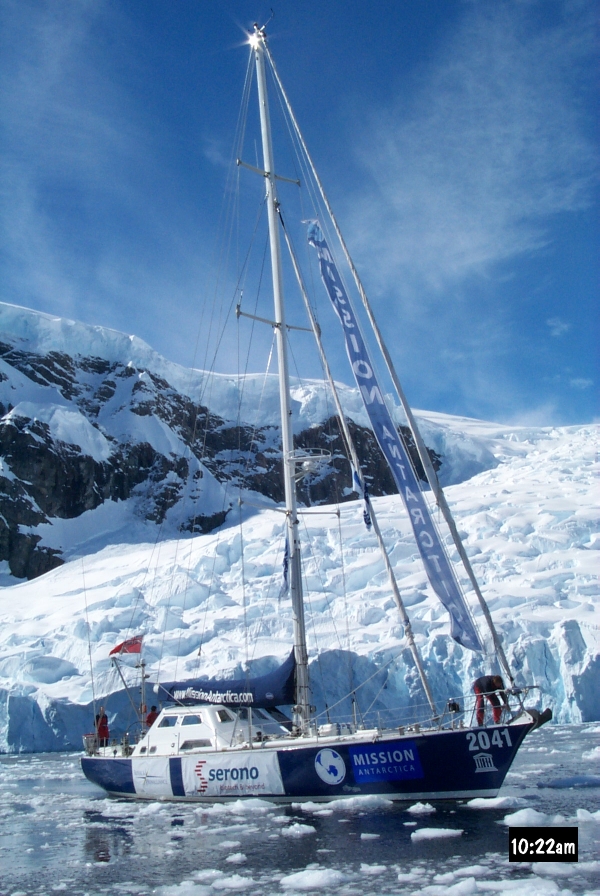 Mr Johnston sailed over 13,000 miles in 8 months, visiting Tristan de Cunha, the Falkland Islands, Cape Horn, Ushuaia and the South Shetland Islands.  He then sailed to Antarctica and South Georgia on the leg back to South Africa.  With a crew of just four, he was the first mate, diver and climber for the expedition, for what was an extraordinary voyage through ravages of the Southern Ocean.

The lecture is the story of an epic voyage, in which the small crew experienced the wild beauty of the territories visited, the extensive wildlife of the region and fought the savage weather while voyaging “down south”.  Mr Johnston also tells the tales of the extreme sailing which was involved, including the crew surviving, both on and off the water, in one of the most remote and hostile places on the planet.

Alex Johnston hails from Edinburgh and the Scottish borders, United Kingdom.  Between school and university, Mr Johnston served with the Parachute Regiment of the British Army, before completing a Marine Science and Business degree in the USA.  After graduating, he became a commercial deep-sea diver in the US and UK before becoming a full-time yachtsman.  Over the past 20 years, Mr Johnston’s sailing and marine activities have included work on superyachts, both power and sail, in the Mediterranean and Caribbean and serving as a Race & Training Skipper for the Challenge Business International Global & Atlantic Races for Sir Chay Blythe.  He also climbs regularly, including in the Himalayas.  He was head of Racing and Sailing at the Royal Hong Kong Yacht Club for ten years and is currently the Marine Services Manager at Aberdeen Boat club.

Members of the RGS and their guests are most welcome to attend this event, which is HK$150 for RGS Members and HK$200 for guests and others, including a complimentary glass of red or white wine.