The Royal Geographical Society is pleased to welcome again Ryan Pyle to speak on "Motorbiking Brazil: the Tough Ride”.  In this lecture, following on from his famous journey “Motorbiking China: The Middle Kingdom Ride", adventurer and motorcyclist Ryan Pyle tells of another extraordinary expedition.  Mr Pyle spent months exploring the most exciting and remote locations in Brazil, taking on the most incredible journey in an effort to understand better the stunning and complex country of Brazil.  He completed his an epic 14,000km circumnavigation of Brazil in just 60 days, pushing himself beyond limits. 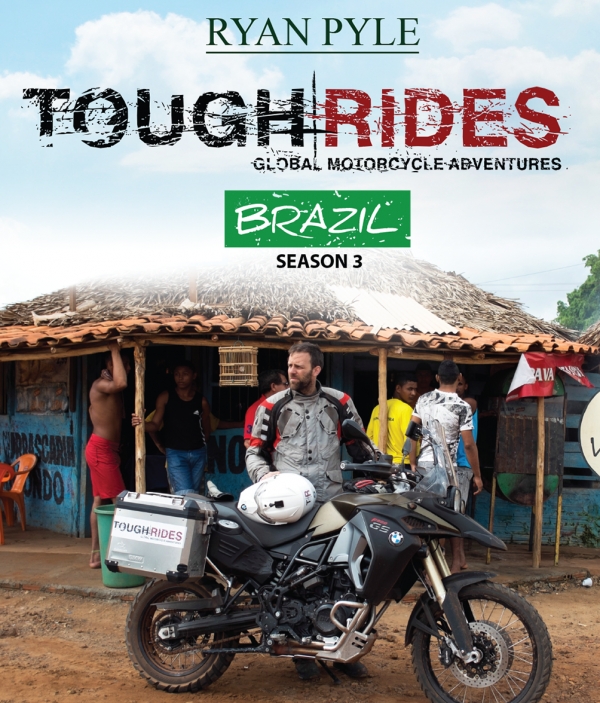 This incredible journey took Mr Pyle from the sunny beaches of Rio de Janeiro, through the mining towns in Minas Gerais, into the deep Amazon and back through the southern metropolises of Florianopolis, Blumenau and Sao Paulo.  He travelled around a country full of contrasts, finding that one-minute Brazil is vibrant and exotic, and the next minute it is crowded and chaotic and then all of a sudden it can feel haunting and empty.  His biggest challenge on this adventure was taking on some of South America’s most dangerous and isolated roads, including being trapped in the remote Amazon, hundreds of miles away from any help or assistance.

Ryan Pyle hails from Toronto, Canada, where he read International Politics at the University of Toronto.  In 2002, Mr Pyle moved to China to take freelance newspaper and magazine assignments.  In 2004, he became a regular contributor to the New York Times.  Mr Pyle is now an award winning photographer, television presenter, filmmaker and author, documenting China for the world's leading magazines and newspapers.  He regularly talks about his work and China around the world.  His work has appeared in Time, Newsweek, Fortune, the New York Times and a host of other international publications.  He is the author of two books, Chinese Turkestan and The Middle Kingdom Ride, which has also been made into a film shown worldwide.  In 2010, Mr Pyle began working full time on television and documentary film production and has produced and presented several large multi-episode television series for major broadcasters in the USA, Canada, UK, Asia, China and continental Europe.