Our Climate: a 22,000 Year Journey through Climate Change

The Royal Geographical Society is pleased to welcome famous Youth Climate Change activist David Saddington to speak on "Our Climate: a 22,000 Year Journey through Climate Change".   At the age of just 20, Mr Saddington reached 3 million people, giving a TEDx talk at London's O2 arena.  In this lecture, Mr Saddington gives a brief history of climate change over the past 22,000 years, via countless civilisations, and then discusses exactly what climate change is and why mankind should care about it. 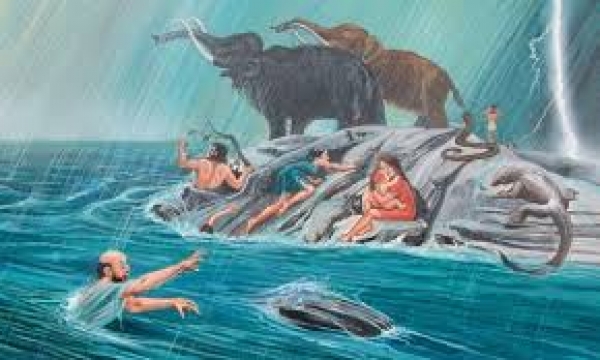 The global climate is always changing and it is rapidly transforming the world around mankind. Mr Saddington first takes a 22,000-year journey through time, discussing everything from ice ages to a series of ancient civilisations.   Moving to the 20th Century, he discusses the climatic effects of rapid industrialisation, then reaches the present day.

He explains how and why the Earth's climate has changed throughout history.  Then, in the context of the current human-induced warming, Mr Saddington shows how current climate change is so much more than a scientific process.  He also speaks about the opportunities and challenges of tackling climate change from his experience consulting on the implementation of government energy policies and sustainability initiatives with multinational corporations.

David Saddington has been an environmental activist since he was 13.  He read geography at Durham University, from which he also holds a MSc.  Already a seasoned campaigner, he has advised on United Kingdom and international policy, fronted a pioneering climate media campaign that reached over 3 million people and has given a TEDx talk at London's O2 arena.
​
As a climate change communicator, Mr Saddington works to raise the profile of the issue through blogging for media outlets like the Huffington Post, by writing and by organising innovative large-scale public awareness events in the centre of British cities involving outdoor cinema, interactive science experiments and panel debates.  After leading education reform campaigns to get climate change on British school curricula, he has pursued his own academic work studying climate science.   Now at 24, Mr Saddington continues to be a contemporary voice and advocate for climate change action, speaking to a range of audiences around the world, from United Nations Conferences to MTV.

The Royal Geographical Society - Hong Kong wishes to express its thanks to Macquarie Securities for its generous assistance with this event.