China at Fifty: To Know the Will of Heaven

The Royal Geographical Society is pleased to welcome famous China expert Geremie Barmé to speak on "China at Fifty: To Know the Will of Heaven".  In this lecture, Mr Barmé discusses by five vignettes, five decades of China’s history, starting in the 1960s and ending with the present day.  These cover his well-known study of China for the past 50 years. 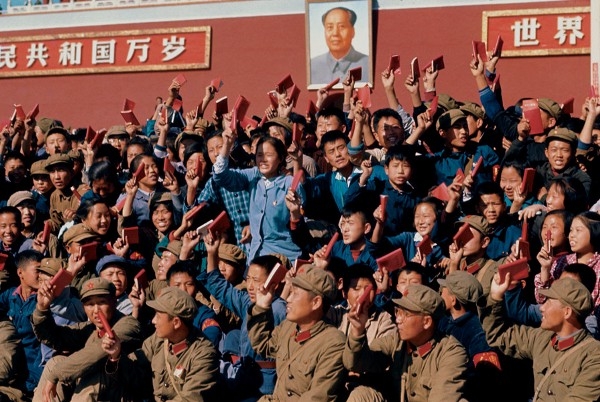 Mr Barmé starts with his first encounters with Revolutionary China, then moves onto student life in China in the 1970s.   He then talks of his career as a writer of Chinese prose and commentary in the Hong Kong press during the 1980s.  He then discusses his controversial film-making work in the United States during the 1990s.  Mr Barmé also talks of his scholarship, his advocacy of a New Sinology and his formation of the Australian Centre on China in the World in 2010.  He then speaks of his most recent project, the formation of the Wairarapa Academy for New Sinology in New Zealand and of the e-journal China Heritage in 2016.

Geremie Barmé hails from Australia and was educated at Australian National University, where he read Chinese and Sanskrit.  He also studied at universities in China and Japan.  He is famous as a sinologist, author and film-maker on modern and traditional China.  He was the Founder and Director of the Australian Centre on China in the World from 2010 until 2015 and Chair Professor of Chinese History at Australian National University in Canberra.  He publishes frequently on modern Chinese cultural history in newspapers and magazines, and also makes documentary films.  These include The Gate of Heavenly Peace, which depicted the spring of 1989 in China leading up to the events of Tiananmen Square, and Morning Sun, about the Cultural Revolution.  His book An Artistic Exile: A Life of Feng Zikai was awarded the Joseph Levenson Book Prize.  He is editor of the Australian National University's journal, China Heritage Quarterly, and lectures worldwide.

The Royal Geographical Society - Hong Kong also thanks Cathay Pacific and the Mandarin Oriental Hotel for their generous assistance with this lecture and the Schools Outreach Programme.