Ben Simpson
Thursday, 16 Mar 2017
Google Calendar Outlook Calendar
Complimentary Drinks Reception 6.30 pm; Lecture 7.30 pm
21/F Edinburgh Tower, The Landmark, Central
a Lucky Draw for a Three Day Safari at Solio Lodge, Kenya for two, generously donated by Jacada Travel. All attendees are also invited to dinner with Mr Simpson. If you are interested, please kindly write to This email address is being protected from spambots. You need JavaScript enabled to view it. 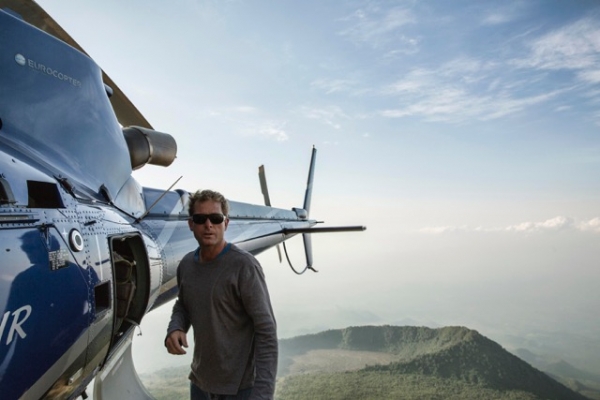 Mr Simpson illustrates his flying over some of the most iconic sights of Africa, including the Great Plains, the Great Rift Valley and the Victoria Falls.  However, he has intimate knowledge of most of sub-Saharan Africa, an area of more than nine million square kilometres.  Here he tells many interesting stories with stunning photography.  His famous exploits include pioneering difficult multi-country routes along East Africa’s Great Rift Valley, all the way from Kenya’s Lake Turkana to Ethiopia’s wild Danakil Depression and building helipads into the sides of the Congo’s most infamous volcano.  He has also flown in the war-zones of South Sudan and Somalia, working with the United Nations’ world food programme.

Hailing from the United Kingdom, Ben Simpson was brought up in Hong Kong and got his commercial fixed wing pilot’s licence in Florida.  He moved to East Africa at the age of 21, inspired by stories of the bush.   He got a job flying a Cessna 206 for one of East Africa’s most iconic bush pilots, which started more than 25 years of flying in Africa, presently for Tropic Air Helicopters, of which he is the co-founder.  Aside from flying, he has crossed Africa and South America on a motorcycle.  His work is widely covered in the world’s media, ranging from The Financial Times to Bloomberg.

The Royal Geographical Society - Hong Kong wishes to express its thanks to Jacada Travel  for their generous gift of the Lucky Draw prize.