Mark Damazer began his BBC career in the World Service as day to day head of BBC News and Current Affairs operations before running Radio 4 - and recently finished a two year stint on the BBC’s governing body. 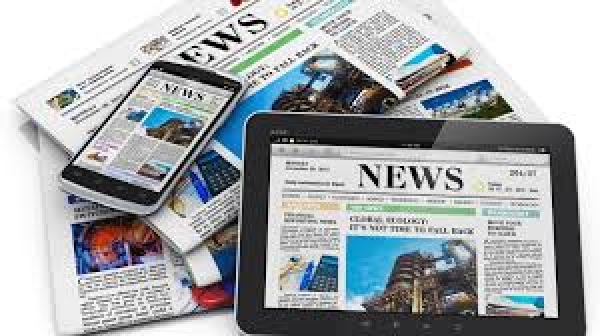 At this seminar, Mark will reflect on an institution both admired and bitterly attacked, and which faces huge financial, technological and political challenges. And all at a time when new terms have entered the lexicon – 'fake news', 'enemies of the people', 'post-truth'. What does the BBC stand for now? And what does this tell us about the position and role of the media globally in the digital era?

Mark Damazer is Head of St Peter’s College Oxford, and previously spent  25 years at the BBC – finally as Controller of Radio 4 and Radio 7 (now Radio 4 Extra).

He was previously Deputy Director of BBC News, and before that Head of Political Programmes, Head of Current Affairs, Editor of TV News, Editor of the 9 o'clock Television News and an output editor on Newsnight.

He began his career at ITN as a graduate trainee before joining the BBC World Service in 1981 as a current affairs producer.

He spent two years as a producer with TV-am, returning to the BBC in 1984, initially to work on the Sixty Minutes programme and then to help launch the Six O’Clock TV News later the same year.

Mark read History at Cambridge, went to Harvard on a Harkness Fellowship and to Washington D.C. as a Congressional Fellow, working on Capitol Hill for a year.

He is a Trustee of the BBC and of the Victoria and Albert museum. He was awarded a CBE in 2011.

Members of the RGS and guests are most welcome to attend this event, which is HK$300 for RGS Members and HK$400 for guests and others, including unlimited complimentary red or white wines and canapes.

The Royal Geographical Society - Hong Kong wishes to express its thanks to Standard Chartered Bank for its generous assistance with this event.

Please note that RGS Venue Sponsor Wheelock Properties is presentating at Harbour City the Harbour Art Fair, a new art fair focusing on contemporary artworks from Korean galleries. It is being hosted at the Marco Polo Hongkong Hotel from 24 to 26 March 2017.  You and a guest are invited to join this event on a complimentary basis. If you are interested, please send an email to This email address is being protected from spambots. You need JavaScript enabled to view it.. For more information, please visit: www.harbourartfair.com