The Lair of the Snow Leopard

Dr Alexander Kumar
Thursday, 30 Mar 2017
Google Calendar Outlook Calendar
Complimentary Drinks Reception 6.30 pm; Lecture 7.30 pm
Conference Centre, 23/F, Euro Trade Centre, 21- 23 Des Voeux Road Central (this venue is 10 seconds walk from MTR Central Station Exit A)
In view of the likely popularity of this lecture, please reply to This email address is being protected from spambots. You need JavaScript enabled to view it., stating the names of attendees who wish to book; there is no need to pay for your tickets in advance.

The Royal Geographical Society is pleased to welcome again well-known adventurer and scientist Dr Alexander Kumar to speak on "The Lair of the Snow Leopard”.  In this lecture Dr Kumar, who previously lectured at the Society to much acclaim on “A Winter at the South Pole’, speaks on his recent expedition to the mountains of the Mongolia – Siberian border to find the endangered Snow Leopard.  Dr Kumar relates the exciting story of travelling through remote North West Mongolia, searching and finding this elusive and rare creature. 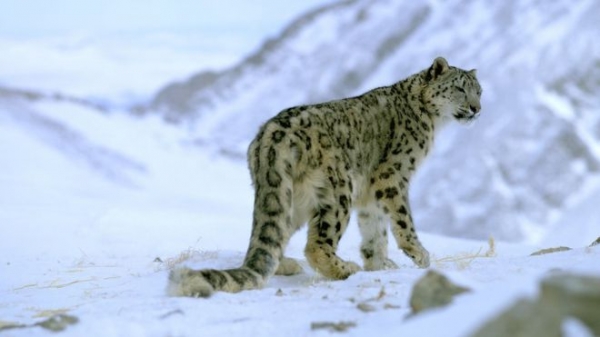 Inhabiting cold, high, remote mountainous regions, the Snow Leopard is notoriously difficult to find.  Bordering Kazakhstan, China and Russia, the region the expedition visited is politically sensitive.  With special research permits, Dr Kumar’s team explored valley by valley on foot searching for evidence of the presence snow leopards in areas not yet surveyed.  Staying with herders, walking 10-25 km a day and with temperatures below minus 30 C, Dr Kumar recounts his journey of discovery and perseverance.  The lecture also covers past research and discusses the future for snow leopards' survival over this century.  It also discusses what scientists know already about these magnificent creatures and what the future holds for this shy, secretive and majestic mountain cat.

The Snow Leopard hunts in the mountain ranges of Central and South Asia at between 3,000 to 4,500 m.  To fit them for their harsh environment, snow leopards are the smallest of the “Big Cats”, and have thick fur and small ears to help to minimise heat loss.  Their paws are wide for walking on snow while their tails are long and flexible to maintain their balance in their rocky terrain.  With only around 5,000 snow leopards left in the wild, these cats are one of the most elusive mammals on the Globe.

Dr Alexander Kumar is a British global health physician, travel photographer and writer, who has worked, explored and travelled through over 90 countries.  Dr Kumar read medicine at the University of London, following which he qualified as a doctor, and then read for a second degree in International Public Health.  Following a long fascination with the Polar regions, his research and expeditions have principally been to these regions, including the Canadian Arctic and most importantly Antarctica.  Dr Kumar has also researched snakebite injuries, assisting communities in Asia, Africa and South America.  In addition, he is an accomplished photographer, using film and photography to help raise awareness about global health inequality, including indigenous peoples’ health, the impact of humans on the planet and complex human-wildlife conflict.

Dr Kumar travelled to Antarctica and spent around one year living at the Concordia Research Station as the European Space Agency Human Spaceflight Research doctor.  Here, he conducted research in the most extreme and remote environment on the planet to understand how far human physiology and psychology can be pushed towards a future manned mission to Mars.  Dr Kumar also designed the ‘White Mars’ human science space analogue study for Sir Ranulph Fiennes’s Coldest Journey, which attempted the first land crossing of Antarctica during winter.   He has been the expedition doctor for many expeditions including replicating Sir Ernest Shackleton’s famous escape from Antarctica filmed for the Discovery Channel.  This year he featured in his second series for Discovery Channel highlighting health challenges on and around Mount Everest.

With his inspiring enthusiasm, he tells of his wealth of unique experiences in writing, photography, and television. He has both featured in and extensively published scientific and travel-related articles alongside his photographs for BBC News, the New York Times, the Guardian, and National Geographic Traveler among other international media outlets.

The Royal Geographical Society - HK wishes to express its thanks to Dream Cruises for its generous assistance with this lecture. For more information, please click here.