Out of China: How China Ended the Era of Western Domination

The Royal Geographical Society is delighted to welcome again Professor Robert Bickers to speak on "Out of China: How China Ended the Era of Western Domination”. This follows his superb talk at the RGS on “The Scramble for China”. In this lecture, Professor Bickers follows China’s journey from a country helpless in the face of foreign threats to a becoming perhaps a soon to be dominating superpower. 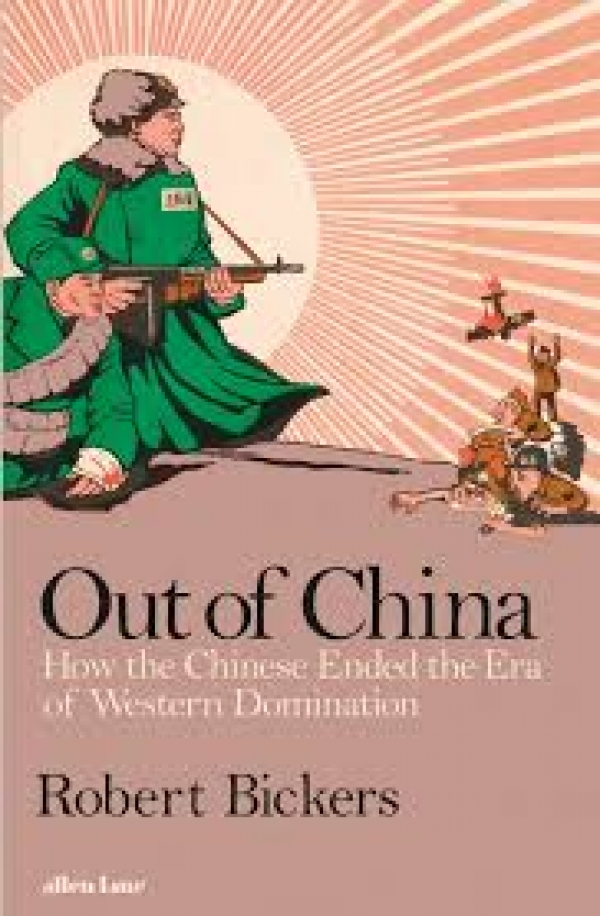 Professor Bickers argues that history matters more in China than elsewhere, and what matters in China matters to the world. In this talk, he presents some of the themes and individuals which peopled the last 120 years of China, using them to present the story of China's confrontation across the twentieth century with the foreign powers who had, in its eyes, degraded its sovereignty.

This was a struggle that took place in China, in the treaty ports, colonies and leased territories, but also overseas, in London, New York, Hollywood, Canberra and across the capitals of the West. It took place on battlefields and in conference rooms, but also in galleries and on film sets, on the streets, in the press, on the printed page and on film. For China's leaders he argues, this struggle is on the way to being won, but is not over yet.

Professor Bickers’s lecture tells one of the modern era's most important stories: the long, often to them agonising process by which the Chinese leadership regained control of their own country. Today, Chinese nationalism stays firmly rooted in memories of its degraded past, including the quest for self-sufficiency, the determination to assert China's standing in the world, the solving of its outstanding territorial claims, and never to be vulnerable to renewed attack. Professor Bickers uses a brilliant array of unusual, strange and vivid sources to recreate a now fantastically remote world: the corrupt, lurid modernity of pre-war Shanghai, the often tiny patches of 'extra-territorial' land controlled by European powers and the entrepots of Hong Kong and Macao. He also talks of the myriad means, often self-inflicted on itself by China’s stubbornness or antediluvian attitudes, through armed threats, technology and legal chicanery, by which China was subservient until, gradually, it emerged from Western control.

Professor Robert Bickers is Chair Professor of History at the University of Bristol. He is the author of five books, including the acclaimed “Empire Made Me: An Englishman Adrift in Shanghai” and “The Scramble for China: Foreign devils in the Qing Empire”. He has been described as the 'pre-eminent historian of China'. In addition to his Chair, he now directs the Hong Kong History and the Historical Photographs of China projects at Bristol University.

The Royal Geographical Society - Hong Kong wishes to express its thanks to Bookazine and Freshfields Bruckhaus Deringer for their generous assistance with this event.

Monogram Asia is running a Photography Workshop at Bangkok on 29 and 30 April 2017. This workshop aims to promote and develop a photographer’s visual style in storytelling via the sharing of ideas and “on the street” experiences. It features 8 international modern masters of street photography. These 8 masters are going to be leading a group of 8 participants each, on a photo walk through the streets of Bangkok as part of the workshop. The workshop also features 2 full day lectures and forum discussions that focus on developing a photographer’s vision. If you are interested, please click here.