Dr Martin Williams
Saturday, 29 Apr 2017
Google Calendar Outlook Calendar
To reserve places, please email to This email address is being protected from spambots. You need JavaScript enabled to view it.. You'll then receive from the RGS booking instructions, a booking form and detailed joining instructions.

The Royal Geographical Society is pleased to welcome Dr Martin Williams to lead a field trip to Yi O Historic Village and Pui O Paddy Fields, to follow on from his popular lecture "Hong Kong’s Country Parks:  the Glories and Threats”.  The trip heads to two key and beautiful sites on Lantau: Yi O on the west coast and Pui O in the southeast.  Both are wonderful places to visit, but also shed light on the issues facing such sites. This trip includes a tour of Tai O Heritage Hotel. 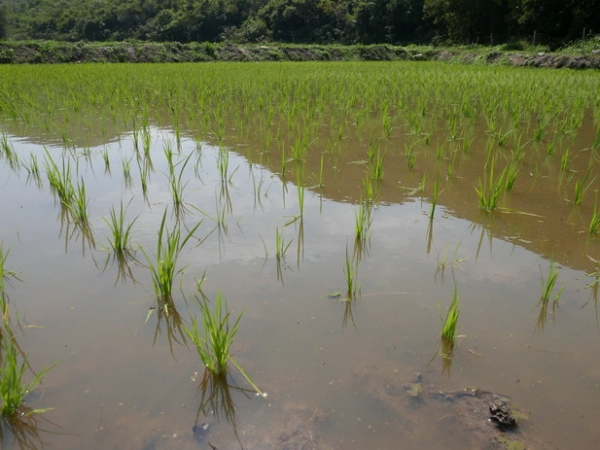 Yi O, set by a stunning inlet to the south of Tai O, is now among Hong Kong's most appealing rural, bucolic places.  The group visits the rarely visited Yi O with the district’s manager, Alan Wong, heading there by speedboat from Tai O.  In addition to seeing the fine old village and the scenic inlet, the group is going to stop at a local waterfall.  Hong Kong’s only rice farming should be underway, with some migratory birds around, including buntings such as the endangered Yellow-breasted Bunting.

The village here was abandoned about 20 years ago and fields became overgrown.  This was followed by controversy, as former residents refused to allow hikers to go through the old village, causing a section of the Lantau Trail to be rerouted.  A farming project is now underway and this is now the most extensive rice paddy in Hong Kong.  The Yi O Agricultural Cooperation hopes to make sufficient income to share some with former villagers who have agreed to the project.

At Pui O, the group is going to visit the abandoned paddy fields near the beach.  These are marshy and home to Hong Kong's main herd of feral water buffalo roaming wild.  Officially, the fields are in a Coastal Protection Area, however this affords little but paper protection to an area rich in plants and wildlife. Various small-scale projects have eaten into the "protection area", including houses, roads and a small hotel.  In additional to the buffalo, the group should see feral cows, plenty of birds and migratory tiger butterflies.

This includes a 30 minute tour of the beautiful Tai O Heritage Hotel, operated as a non-profit social enterprise by the Hong Kong Heritage Conservation Foundation.  Graded as a historic building by the Antiquities Advisory Board in 2010, the hotel was revitalised from the Old Tai O Police Station, a history-steeped building that dates back to 1902.   It is now home to nine colonial-style rooms, a Heritage Interpretation Centre and a glass-roofed restaurant overlooking the scenic Tai O fishing village.  Tai O Heritage Hotel was awarded a UNESCO Award of Merit for Cultural Heritage Conservation in 2013.

Dr Williams is a freelance expert in fields including writing, photography and film making, aiming to boost conservation through the media.  He has written and photographed features for Action Asia, Discovery, National Wildlife, Reader’s Digest and the South China Morning Post, and worked on books such as Hong Kong Pathfinder: 24 day-walks in Hong Kong, The Green Dragon: Hong Kong’s living environment, Central Ridge and West, and his recently published Enchanting Hong Kong.  Dr Williams co-produced Explore Wild Hong Kong!, a film sponsored by Cathay Pacific, and made short films on Hong Kong places, including Hoi Ha and coastal sites on Lantau Island.  He is webmaster of sites including Hong Kong Outdoors, and is involved in various environmental issues in Hong Kong