The Nobility of Equine Pageantry

The Royal Geographical Society is delighted to welcome Henry Dallal to speak on "The Nobility of Equine Pageantry".  In this lecture, celebrated Royal and horse photographer Henry Dallal shows some of his most famous photographs and tells of the photographs he has taken of Royalty, world leaders and cavalry regiments worldwide.  This includes a multimedia show.   The talk ranges from the House of Windsor, to the 1,300 strong Royal Cavalry of Oman to the Horse Warriors of Rajasthan. 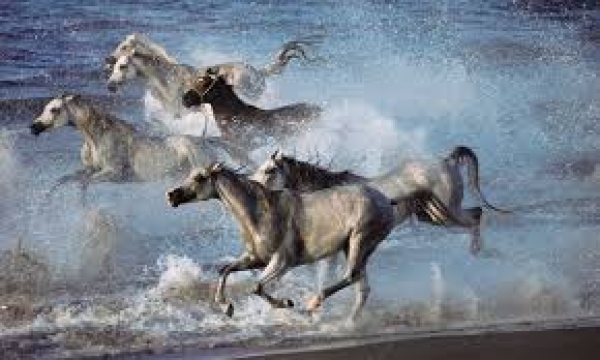 Mr Dallal talks of his 17 years of photographing equine pageantry in Britain and some 20 other countries.  This includes when the regiments of 25 countries came to Windsor Great Park for the HM the Queen’s Diamond Jubilee and his travels to photograph horses around the world.  He also speaks of horse racing, including Royal Ascot, and of retracing the footsteps of Lawrence of Arabia on horseback.  He also recounts his appearances to speak at the UNFCCC Climate Change conference in Lima, and also in New York during the UN General Assembly Meeting for Climate Week.

Mr Dallal has published a number of coffee-table books including “Desert Pageantry, The Royal Cavalry of Oman”, “Pageantry and Performance, The Household Cavalry in a Celebration of Pictures”, “Horse Warriors, India’s 61st Cavalry”; “Addressing Climate Change; The World Met In Paris”, “The World Came to Windsor: The Diamond Jubilee Pageant” and “The Queen’s 90th Birthday Celebration, Windsor Castle”.  He has also contributed to numerous other books including “Qatar: Sand, Sea and Sky”, “Endurance, Magic of Monaco”, “Horse Gunners: The King's Troop Royal Horse Artillery” and “Horses”.

Mr Dallal journeys to remote areas frequently to portray the splendour of rarely seen landscapes and to capture the beauty of unity between man and horse. His diverse subjects range from the nomadic tribes of the Turkman Steppes to the Household Cavalry in Knightsbridge.  His work has been exhibited worldwide and featured in publications internationally.  He has been honoured with numerous commissions to photograph Her Majesty Queen Elizabeth II and other senior world figures. He is a keen rider, mountaineer, traveller, adventurer and climate change activist.

The Royal Geographical Society - Hong Kong thanks the Mandarin Oriental Hotel for its generous assistance with this lecture.