To the ends of the Earth

Adrian Hayes
Thursday, 18 May 2017
Google Calendar Outlook Calendar
Drinks Reception 6.30 pm; Lecture 7.30 pm
The Function Room, Ladies Recreation Club, 10 Old Peak Road, Mid Levels
Pre-registration is required; please send an email to This email address is being protected from spambots. You need JavaScript enabled to view it. stating the number of attendees who wish to book for the event

The Royal Geographical Society with the Ladies Recreation Club are delighted to welcome Adrian Hayes to lecture on "To the ends of the Earth".  In this lecture, Adrian Hayes, a double world-record breaking explorer and adventurer, is speaking on his conquest of the Earth’s three extremes of altitude and latitude, the North Pole, South Pole and Mt Everest, together with his record-breaking vertical crossing of the Greenland ice cap. Mr Hayes then speaks of the achievements of Sir Wilfred Thesiger during the 1940s and the reality of his being the first person to complete the same "Crossing the Empty Quarter" in 2011 with an authentic Bedouin camel team.  He recounts the glories, beauty and trials of this amazing expedition, already a best-selling book and film. Mr Hayes also details his 2013 tragic failure, followed by his successful summiting in 2014, of the world’s second highest mounta in, the notorious K2. 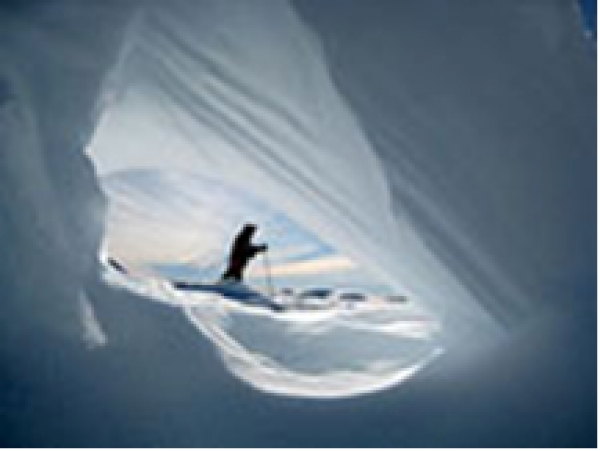 Adrian Hayes holds the world record for reaching the Earth's "3 Poles", walking to the North Pole, South Pole and summiting Mt Everest, in the shortest period of time in history and a second world record for the longest unsupported Arctic expedition in history, the vertical crossing of the Greenland ice cap.  Conquering the North Pole, South Pole and Mt Everest, the World’s three extremes of latitude and altitude, were probably the three greatest feats of human endurance and exploration of the last century.  Each challenge alone has obsessed mankind and given rise to a library of literature.  A group of just 18 adventurers, one of the world’s most exclusive clubs, had conquered all three, with Mr Hayes holding the record.
On 25 May 2006, Mr Hayes summited Mt Everest by the South Col/South East Ridge route, despite having broken his oxygen mask.

On 25 April 2007, Mr Hayes reached the North Pole after a 50 day, 775 km expedition from Ward Hunt Island, Canada, as part of a 3 man team.  On 28 December that same year, he reached the South Pole after a 47 day 1,136 km unsupported trek from Hercules Inlet on the coast of Antarctica.  These three achievements took him a little over a year and a half, breaking the previous shortest period of time by some months.

In 2009, he followed this with his Greenland Quest expedition, a vertical crossing of the full length of the Greenland ice cap.  Using kites to harness the power of the wind, the 67 day, 3,120 km journey without any resupplies became the longest unsupported kite journey in Arctic history, for which he and his team mates received another world record.  The documentary of the expedition has been shown on National Geographic channel.

Adrian Hayes hails from the UK and is a polar explorer, adventurer, keynote speaker, corporate coach and sustainability ambassador. A former Hong Kong-based Gurkha Officer and Special Forces soldier in the British Army, Mr Hayes has a career of adventure and expeditions, having served, climbed, sailed, dived, sky-dived, kayaked, trekked and much more in ice caps, mountains, jungle and desert the world over.  He was also for 6 years the Regional Sales Director for Airbus Middle East and West Asia.  With 20 years experience in leadership, he now runs his own company delivering leadership and team coaching programmes worldwide.  A keen follower of politics and international affairs, he is also an ambassador and speaker on economic, social and environmental sustainability.  A resident of the UAE, Mr Hayes has worked in 9 countries, visited over 100, and speaks 3 languages in addition to English.