On the Frontline against Poachers: Fighting to Protect the Elephants of Africa

The Royal Geographical Society is pleased to welcome Erik Mararv, Josias Mungabwa and Cheryl Lo to speak on “On the Frontline against Poachers: Fighting to Protect the Elephants of Africa”. 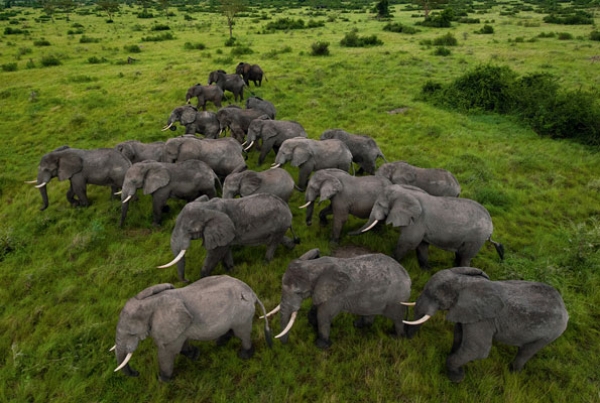 In this lecture, Erik Mararv discusses his personal experience of working at the frontline fighting poachers in the National Parks of Africa.  He describes the almost war-like conditions, focusing on the World Heritage Site of Garamba National Park in the Congo, situated in a lawless region bordering South Sudan, Central African Republic and the Sudan.  The area is subject to raids by the “janjaweed” militants from Darfur, army units and militias from both the Sudan and South Sudan, and followers of Ugandan guerrilla leader Joseph Kony’s “Lord’s Resistance Army”.

Poachers in Garamba primarily target elephants for their ivory and tend to be heavily armed groups using professional techniques.  Many of these groups have been involved in numerous central African conflicts and carried out atrocities against civilians.

Josias Mungabwa talks about how the seriousness of poaching for Zambia and the whole continent.  He explains how poaching-linked crime syndicates have affected governance all over Africa.  This includes how the rampant illegal trade is affecting Africa.

Cheryl Lo then gives an update on the proposed ivory ban in Hong Kong.   Legislators are generally supportive of the ban, because Hong Kong’s ivory trade has been infiltrated by elements of illegality and has seriously contributed to the poaching crisis in Africa.  However, the process of passing a bill is facing many obstacles.  The year 2017 is a critical time for the legislation and whether the extensive ivory market in Hong Kong is going to be shut down.  Therefore, WWF is bringing African rangers to testify at the Legislative Council on 6 June 2017 to highlight the human cost behind the trade.

Josias Mungabwa is a Wildlife Crime Investigator with the Zambian Wildlife Authority Intelligence Unit.  He is a highly trained wildlife crime investigations specialist with almost 3 decades of experience.  He has a wealth of knowledge, including intelligence and investigations, forensics, evidence collection, handling and preservation as well as DNA sampling guidelines for wildlife and domestic animals.  Having overseen anti-poaching operations for the Lower Zambezi National Park, he was promoted to Senior Investigations officer at Zambia Wildlife Authority headquarters.  In 2016, he joined the Wildlife Crime Prevention Project to continue his work in conservation and investigations.

Cheryl Lo is the Senior Wildlife Crime Officer at WWF Hong Kong.  She works on environmental advocacy and wildlife conservation by reducing the impact that wildlife crime is having on priority species, in particularthe elephants.  In Hong Kong, she leads a campaign to end the ivory trade, and has co-authored the report 'The Hard Truth: How Hong Kong's Ivory Trade is Fuelling Africa's Elephant Poaching Crisis'.  In Africa, she participates in conservation groundwork with renowned scientist Dr. Iain Douglas-Hamilton and supports anti-poaching and anti-trafficking initiatives with WWF in Kenya.  She is also part of the WWF delegation team to the CITES CoP17 in South Africa.  She is a graduate of the University of California, Berkeley.