The Royal Geographical Society is pleased to present a Film Screening “The Ivory Game” introduced by Huang Hongxiang, investigative journalist and founder of the Nairobi-based NGO China House. “The Ivory Game” is an epic documentary film that uncovers the dark and sinister ivory trafficking between China and Africa. The screening is followed by a Q&A session with Mr Huang. 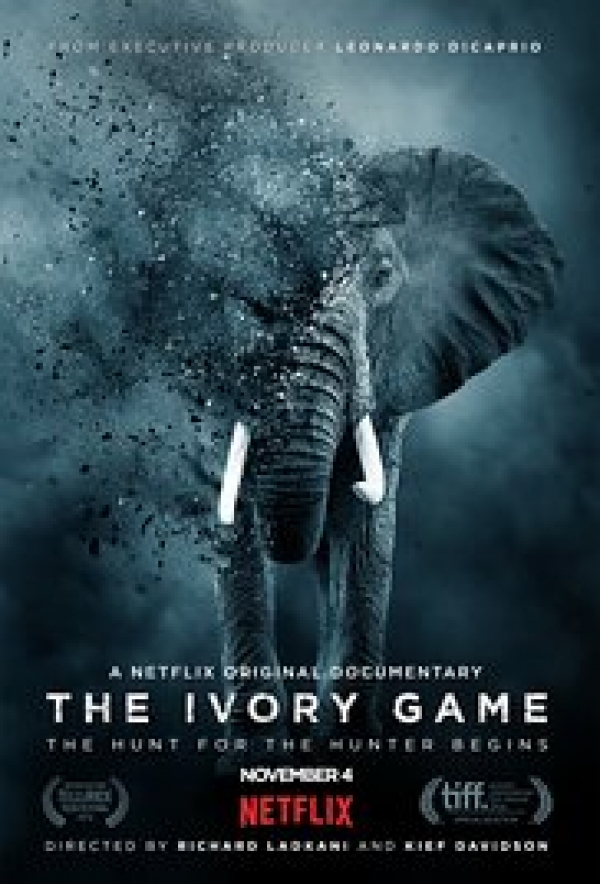 “The Ivory Game” was filmed undercover for 16 months across three continents. The filmmakers, Award‐winning director Richard Ladkani and Academy Award nominee director Kief Davidson, follow a daring team of intelligence agents, wildlife activists, frontline rangers, surveillance experts and high‐level conservationists on a mission to unveil the global crisis faced by African elephants. One elephant is being killed every 15 minutes for ivory tusks sold on the international black market to dealers and private collectors.

“The Ivory Game” focuses around the question of “What have we become if everything we value, everything we care about, we consume?”. Elephant populations overall declined by 30 percent (equal to 144,000 elephants) between 2007 and 2014, while the current rate of decline is 8 percent per year, primarily due to poaching. The film studies the quest to save African elephants, the largest land mammal on earth, with only 400,000 remaining in Africa.

The film investigates the mechanisms of the global ivory trade. Hundreds of tons of illegal ivory are shipped into Mainland China annually through transit hubs such as Vietnam, Thailand and Hong Kong. Ivory in China’s illegal markets is incredibly valuable; one 15‐kilogram tusk worth $150 in Africa can fetch upwards of $300 on the Chinese market once painted, polished or carved. In “The Ivory Game”, Andrea Crosta, founder of WildLeaks, and Mr Huang track down one of the biggest ivory traffickers in the world, African poacher Shétani, known as "The Devil", whose syndicates have killed an estimated 10,000 elephants in Tanzania, Mozambique and Zambia alone.

Huang Hongxiang is an investigative journalist, activist and entrepreneur who in 2013 became the first Chinese investigator to work with various NGOs to conduct undercover investigations into the ivory and rhino horn trade in Africa and Asia. He graduated from the Journalism school at Fudan University and from the School of International and Public Affairs at Columbia University of New York. Since 2011, Mr Huang has conducted investigations into the environmental and social impact of Chinese investment and business in Latin America and Africa. Based in Nairobi, Mr Huang has investigated and reported on various issues in Africa and South America, focusing on Chinese investment and related social environmental conflict resolution. He is the founder of the Nairobi-based NGO China House, which provides consulting services to Chinese companies in Africa on sustainable development and investment.

Members of the RGS and guests are most welcome to attend this event, which is HK$150 for RGS Members and HK$200 for guests and others including a complimentary glass of wine.
The Royal Geographical Society - Hong Kong wishes to express its thanks to UBS for its generous assistance with this event.