Christmas Party and Talk on The Great Wall: Over the Wall and Far Away

William Lindesay
Wednesday, 13 Dec 2017
Google Calendar Outlook Calendar
Drinks Reception 6.30 pm; Talk 7.30 pm
Function Room, Ladies’ Recreation Club, 10 Old Peak Road, Mid-Levels
This event requires pre-registration and pre-payment. This event is full. Please email to This email address is being protected from spambots. You need JavaScript enabled to view it. if you would like to put on the waiting list
The Royal Geographical Society is delighted to welcome to Hong Kong William Lindesay OBE to speak on” The Great Wall: Over the Wall and Far Away. Since Mr Lindesay last visited Hong Kong to speak to members of the RGS about his exploration, research and conservation work on the Great Wall, he has consistently come up with new and unconventional ways of looking at what he terms ‘the most famous building in the world, yet the least known’. 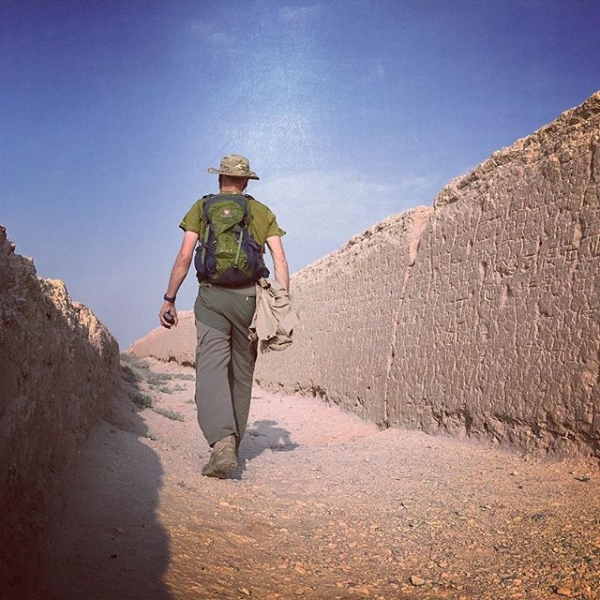 In this three-part talk, Mr Lindesay takes his audience ‘over’ the Great Wall’s varied and majestic landscapes with the aid of drones.  Back on the ground, he reports the surprising findings of his most recent expedition, far away north of the most familiar Great Wall, to undoubtedly the most remote, unknown and unfamiliar of its multiple lines, crossing Mongolia’s Eastern Steppe.

Mr Lindesay also introduces his most recent publishing project: The Great Wall in 50 Objects.  Unfolding as away-from-the-ruins of the Wall journey, his gathering of an array of artefacts and documents led him on a two-year journey to museums across north China, into Mongolia and to collections as far away as Europe and North America.  He went to see, handle and study objects that revealed detailed episodes of the great structure’s construction, operation and redundancy, its history, geography and archaeology, its literature, legend and spirit.

William Lindesay OBE is an honorary senior research fellow at Liverpool University, where he studied geography and geology in the 1970s. Recently he received the Royal Society for Asian Affairs’ Special Award 2016.

He first went to China to recce the Great Wall in 1986, making the first documented traverse of the ruins on foot the following year, in 1987, in which he covered 2,470 km.  Since 1990, he has resided permanently in China, spending more than 2,800 days on its Great Walls.  He has written five books on the subject, published by Harvard University Press and Penguin among others, and fronted documentaries that have been screened on National Geographic Channel, Channel 4, Discovery Channel and the Smithsonian Channel.

Mr Lindesay is credited with arousing China’s national consciousness to protect the Great Wall and its environment, and he has curated two national exhibitions in Beijing, at the Capital Museum and the Imperial Academy and seven provincial exhibitions. For his work presenting and preserving the Great Wall and assuming the role of its international ambassador, he was granted permanent residency of China.  He lives in a village beside the Great Wall, in the mountains in the city’s far northern suburbs.