The form #14 does not exist or it is not published.

Introduced by Paul McIntosh
Monday, 19 Mar 2018
Google Calendar Outlook Calendar
Complimentary Drinks Reception 6.30 pm; Screening 7.30 pm
UBS, 52/F, Two International Finance Centre, 8 Finance Street, Central
Pre-payment. Please scroll down.
In 1970, there were an estimated 20,000 black rhinos in Kenya. By 1980, there were only 400. The battle to save the species from extinction has been fought ever since. 'Running Wild' is a film documenting the lives of the many people who are involved in supporting the Lewa Wildlife Conservancy, a flagship project for community conservation in Kenya. 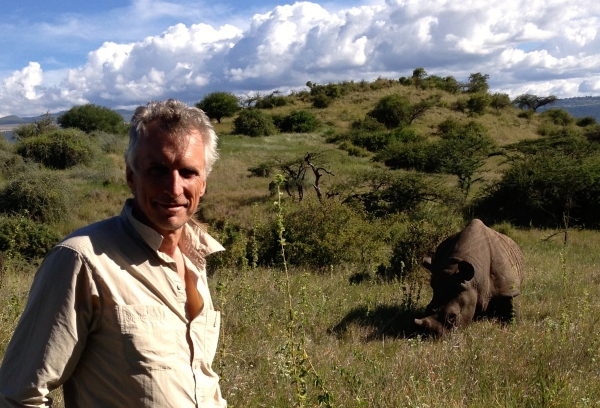 Each year an extraordinary marathon takes place in the remote northern Kenyan bush. The abundant but endangered wildlife within the protected sanctuary must give way to enable 1,400 athletes to race in this challenging wilderness environment, 5,000 feet above sea level at the foot of Africa’s second-highest mountain.  The film shows the involvement of the entire community, from wildlife security teams to school children, and illustrates how community conservation is working to protect some of the planet's most endangered species.

The purpose of the film is to showcase Lewa, now a UNESCO World Heritage site, and to draw in support for the urgent battle that is being fought to save the last of Africa’s wildlife.  It is now being shown on all Cathay Pacific and Cathay Dragon  flights, and Asia Miles members can also donate miles directly to Lewa through the Asia Miles website HERE.

Running Wild is the first film made by Paul McIntosh.  It has been shown on Discovery Channel and Animal Planet.  Mr McIntosh learned to fly in the British Royal Navy, where he flew helicopters and Sea Harrier fighter jets on operational missions worldwide.  His last appointment in the navy was in Hong Kong, and after a period flying helicopters in game capture and anti-poaching work in Kenya, he joined Cathay Pacific.

Since Mr McIntosh’s first trip to Kenya in 1984, when Lewa was still a private cattle ranch, he has carried out numerous fund raising efforts in Hong Kong and supported the change of Lewa from a private farm to a not-for-profit company and registered charity.  He is planning a second film, "The Last Tribes", to document the pastoral peoples of northern Kenya and their efforts to save their wildlife and cultural heritage as they battle with climate change, Al Shebab, drought, and geopolitical challenges.