The form #20 does not exist or it is not published. 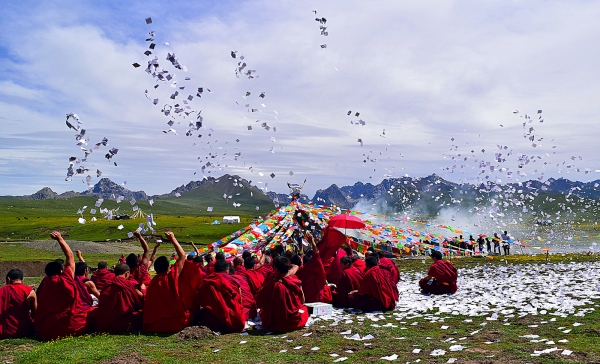 In highlighting a number of previous expeditions among these spectacular and often sacred peaks, Mssrs Bottomley and Obermann show that, even here, in a region that is literally on Hong Kong’s doorstep - with google earth and a little imagination - pioneering expeditions are still possible.

They also explore whether, for a new generation of explorers, ‘first forays’ are indeed still enough, and outline an ongoing and impactful project in these mountains currently spearheaded by Mr Obermann: ‘Exploration for Conservation’.  Finally, they also share plans for a new collaborative expedition into the Sacred Peaks of Golok, which are located in the northern reaches of the Hengduan, in July 2018 for which places are available.

Adrian Bottomley is the founder and lead adventurer of Hong Kong based expeditionary trekking specialist Whistling Arrow.  Mr Bottomley has spent close to 15 years in the high mountains, researching new destinations and leading small, intrepid groups into the wilder corners of Asia.  In Western China, he has successfully researched, designed and lead over 20 pioneering expeditions, many of them without precedent. He read History and Economics at the London School of Economics and previously largely worked in finance. He is also member of the Explorers Club, and a keen writer with accounts of his expeditions regularly published in the likes of Action Asia magazine.

Kyle Obermann is a Mandarin-speaking environmental photographer based in Western China. His work connects China’s rapidly growing adventure sports industry and environmental movement by arguing that meaningful exploration needs to be conservation-based. He is currently spending a year inside western China’s Hengduan Mountains documenting grassroots conservation communities protecting China’s last pieces of precious backcountry. His writing and photography have been published with Conservation International, The North Face, Sixthtone, Sidetracked Magazine, Pengpai News, and other publications in both English and Chinese.