The form #24 does not exist or it is not published.

Hmong Songs of Memory: The Music of the Hmong of Laos and Thailand

Victoria Vorreiter
Tuesday, 24 Apr 2018
Google Calendar Outlook Calendar
Complimentary Drinks Reception 6.30 pm; Talk 7.30 pm
27th Floor Jardine House, One Connaught Place, Central
Pre-payment. Please scroll down.
The Royal Geographical Society is pleased to welcome Victoria Vorreiter to Hong Kong again to speak on “Hmong Songs of Memory: The Music of the Hmong of Laos and Thailand”. In this talk, Ms Vorreiter, an American researcher, photographer and filmmaker, highlights the traditional music, ceremonies and culture of the Hmong of Laos and Thailand in a dynamic presentation enhanced by photographs and recordings. 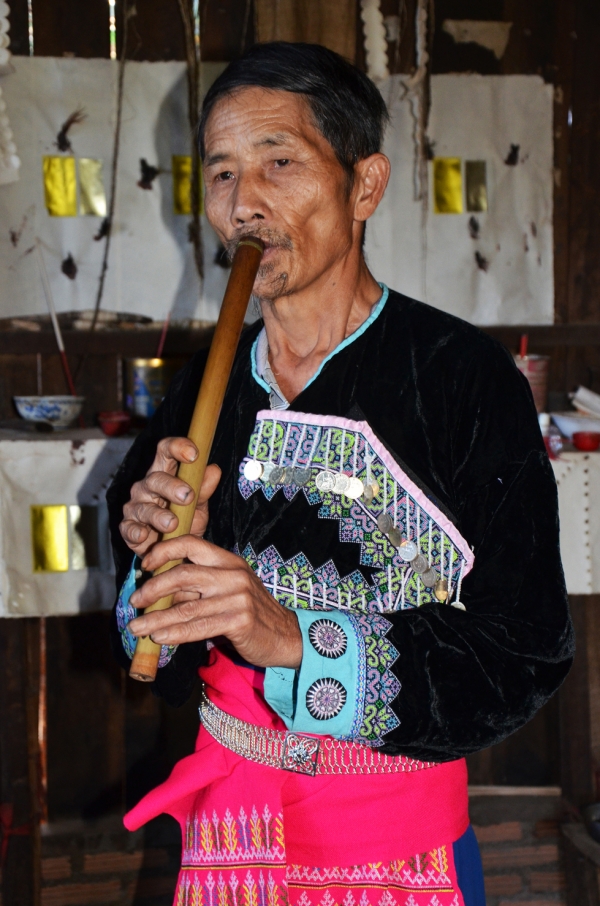 Over the millennia, the Hmong have developed an astonishingly rich culture as they migrated from the far reaches of northern China along mountaintops that flank the great rivers of Southeast Asia, finally finding sanctuary in the foothills of Vietnam, Laos, Thailand and Myanmar, and further to the four corners of the world.

A traditional people living close to the earth, keenly attuned to the rotations of the sun and moon, the cycles of seasons, and the wheel of life, the Hmong have created a complex, all-encompassing belief system rooted in animism.  Here, every entity in nature possesses a soul and the universe is organised by supernatural beings, both benevolent and malevolent.  Frequent rites, ceremonies and festivals are performed throughout the year to maintain harmony between the world of mankind and the realm of spirits.

The medium propelling these rites is music, which springs from a vast repository of songs, chants, invocations, and instrumental pieces that chart the human experience.  Enacted by the keepers of the bardic tradition, the master Hmong musicians, shamans, headmen, matriarchs and patriarchs, this vibrant soundscape pervades daily life as it does sacred rites.  For a culture that historically has no literary tradition, music also serves as the most enduring channel for transmitting everything the Hmong know about their inner and outer lives, linking the first ancestors with present generations.

Victoria Vorreiter trained as a classical violinist and she has performed professionally and taught at universities and music schools around the world.  After making her first film, The Music of Morocco and the Cycles of Life, she moved to Southeast Asia, where she has spent over a decade documenting the ancestral music of highland communities in Laos, Myanmar, Thailand and China.  This has given rise to the Songs of Memory and the Hmong Songs of Memory archival projects, which are books, films, recordings and multi-media exhibitions that are brought to life by vivid photographs, musical instruments, artefacts and textiles.

The Royal Geographical Society - Hong Kong thanks CliffordChance for its generous assistance.