The form #39 does not exist or it is not published.

The Hong Kong Independent Battalion: The Story of the Secret Resistance Fighters of HK during the Japanese Occupation of 1941-1945 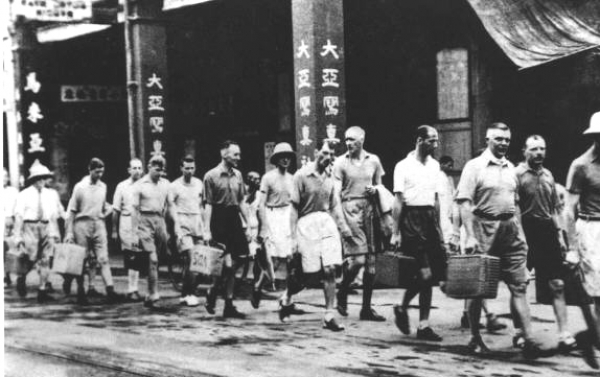 In the talk, the speakers tell some of the key events that took place during the aggression and of some of the amazing stories of uncommon bravery by Hongkongers and others who were part of the Hong Kong Independent Battalion.  Their activities during the occupation included the protection of villagers, the rescue of Hongkongers and downed airmen, and the sabotage of Japanese military installations in Hong Kong.

On 8 December 1941, thousands of battle-hardened Japanese soldiers who had already occupied large territories on the coastal region of Guangdong Province pushed through Hong Kong’s northern border.  They quickly neutralised the “Gin Drinker Line” and gained control of the Kowloon Peninsula in four days.  After 18 days of heroic defence put up by the outnumbered and under-equipped British and Canadian forces and local volunteers, the territory fell into Japanese hands.  The hard and torturous days under Japanese occupation lasted three years and eight months.

Almost at the same time of the British surrender, units of the Dong Jiang People’s Anti-Japan Guerrilla Force that had been active in Guangdong secretly followed the Japanese invaders into the territory.  They organised themselves into the Hong Kong Independent Battalion and set up a network around the territory. Their activities throughout the period of Japanese occupation included the protection of villagers against local bandits and the rescue of famous Chinese intellectuals, authors, artists, journalists and academics, escaped Allied soldiers and downed airmen, eventually smuggling them out of the territory.  They also sabotaged Japanese military installations in Hong Kong.

Mr Ko, Ms Tsui and Ms Man postulate that while Hong Kong has always been considered a “blessed land” by its residents, it has also lived through many crises such as plagues, natural disasters, unrest and riots.  However, it was the most devastating and destructive event in its history, which occurred nearly 77 years ago, the Japanese invasion and occupation, which led to some of its most stirring acts of bravery.

Geoffrey Ko is a retired educator who taught at six organisations in Hong Kong and Canada, including being the Music Director and a teacher of English and History at St. Paul’s Co-educational College, the Marketing Manager and the Director of Training with Outward Bound Hong Kong and Head of Experiential Learning at the ISF Academy.  His interest in the Second World War stemmed from his days as a history teacher, and his curiosity about the secret operations of the Hong Kong resistance fighters during the Japanese occupation was developed during his residency at the Outward Bound base in Tai Mong Tsai, Sai Kung.  Mr Ko now lives in Canada.

Tsui Yuet-ching is the original author of the Chinese version of The Hong Kong Independent Battalion.  She hails from Sai Kung in Hong Kong and is a graduate of The South China University of Technology. Ms. Tsui’s childhood coincided with World War II.  Her father was a strong and active supporter of the guerrilla force in Sai Kung during the Japanese occupation of Hong Kong.  He even offered his home to be used as a centre for the passing on of vital guerrilla-related information. Ms. Tsui has written a series of four books on the secretive activities of the Hong Kong Independent Battalion.

Catherine Man is the translator of the English version of The Hong Kong Independent Battalion.  Ms Man hails from Hong Kong and is a language tutor.  She worked previously for Outward Bound Hong Kong.  Ms Man has served as a member of the Sai Kung District Civic Education Promotion Committee for six years and has served as an interpreter for WWII historical trips in Hong Kong.