The form #72 does not exist or it is not published.

Big History: An Origin Story for the 21st Century

David Christian
Thursday, 27 Sep 2018
Google Calendar Outlook Calendar
Complimentary Drinks Reception 6.30 pm; Talk 7.30 pm
The Haven, 29/F, Wyndham Place , 40-44 Wyndham Street, Central
Pre-payment. Please scroll down.
In this talk, distinguished Professor David Christian takes his audience on a journey through the entire history of the universe: from the Big Bang to the 21st century. Prof Christian explains that this holistic approach to history – Big History – is essential to build a better world and face the upcoming global challenges. His work has earned him global praise and the talk will be a fascinating one. 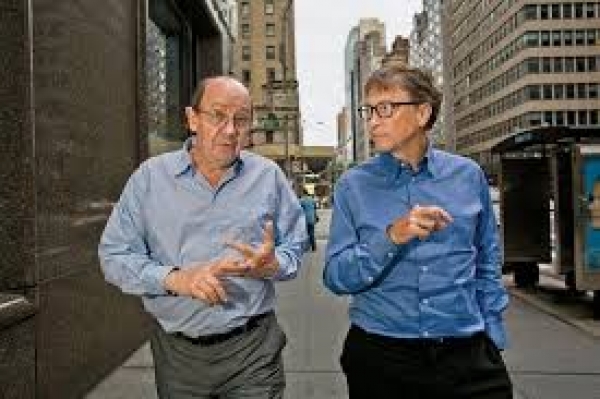 Prof Christian’s interest in Big History began when he was teaching Russian history during the Cold War and he became aware that teaching national history in a world where dangers do not respect geopolitical borders is counter-productive.  He felt that instead of national history, human history on the planetary scale is far more important to arm future generations with the knowledge necessary to face whatever the future may hold.

Prof Christian tells of his decision to invite other professors from other disciplines to his classroom, to help build a collective history of the universe.  This approach had caught the attention of Bill Gates, who once he was aware of Prof Christian’s effort, helped to expand it into the Big History Project (BHP).  The BHP offers concise information on 13.8 billion years of history online for free and has been taught to middle- and high-school students at over 2,000 schools in the United States alone.

In 2011, Prof Christian gave a remarkable TED talk entitled The History of Our World  in 18 Minutes, which has been watched over 8 million times.  This success indicates that there is indeed a high interest in a clear and accessible narrative of the origin of the universe, especially given rising uncertainty regarding the future of Planet Earth.

David Christian hails from New York, but grew up in Nigeria, Africa and the United Kingdom.  He was educated in the UK and Canada, earning a BA from Oxford University, a Master’s degree in Russian history from the University of Western Ontario, Canada and a DPhil in 19th century Russian history from Oxford University.  Before becoming a Professor of Modern History at the Big History Institute at Macquarie University in Sydney, which he co-founded, he taught at San Diego State University and Ewha University in Seoul.  Since the 1990s, his research focus has been Big History and he has authored numerous books and articles for which he was awarded the World History Association Bentley book Prize in 2005.  His most recent book entitled Origin Story: A Big History of Everything was published in 2018.