The form #94 does not exist or it is not published.

Wildlife Trade in 2018: is CITES Still up to the Task? 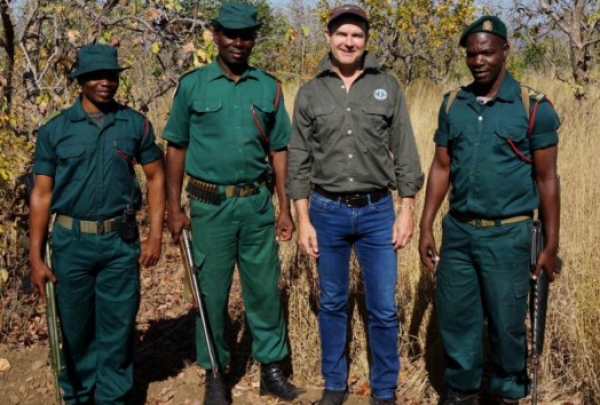 In this talk John Scanlon, who served as Secretary-General of CITES, critically reflects on the work done by CITES to protect wildlife and also introduces the conservation non-profit organisation African Parks, which he argues, offers a new hope in protecting African wildlife at its origin.

In 2010, when Mr Scanlon began working at CITES, the world was on the cusp of a surge in illegal wildlife trade. He also explains how he managed the global effort to tackle this scourge. He acknowledges that CITES has been challenged on many fronts, including how it addresses animal welfare issues and he explains how he dealt with these challenges. He discusses whether CITES is equipped to deal with future challenges, reflecting on his eight years’ experience working with the Convention.

Mr Scanlon warns that once in illegal trade, any animal or plant is lost to the wild forever. He introduces African Parks, a conservation non-profit which has pioneered a new public private partnership that aims to save wildlife at source. He reflects on how and why this approach works and whether it would be applicable outside Africa as well. African Parks currently manages 15 national parks and protected areas in Africa, spanning 10.5 million hectares. Mr Scanlon now works as an African Parks Special Envoy with a mission to promote this innovative and effective way of protecting wildlife.

John Scanlon hails from Australia and holds a Bachelor’s and Master’s degree of Law from the University of Adelaide. He began his career in 1984 as Partner at a law firm in Adelaide, where he was in charge of Environmental Law. He then worked in the Australian Department for Environment and Natural Resources until 2001, when he began working as Director of the IUCN (International Union for Conservation of Nature) Environmental Law Centre. In 2007, Mr Scanlon accepted a United Nations Environmental Programme appointment as Principal Policy Adviser. Mr Scanlon was appointed Secretary-General of CITES by the UN Secretary General Ban Ki-moon in 2010. Under his leadership, the number of CITES Parties grew from 175 to 183 and he oversaw two of CITES’ most successful Conferences of the Parties in 2013 in Bangkok and in 2016 in Johannesburg. He is an Honorary Conservation Fellow of the London Zoological Society, member of the Order of Australia and was awarded the International Environmental Law Award in 2013.

The Royal Geographical Society - Hong Kong wishes to express its thanks to African Parks & Jacada Travel for their generous assistance with this talk.