Choreography Walk through Central: Urban dance hike with local and international dancers through the famous sights of Central from Hollywood Road to Victoria Harbour

a post-event talk by Justine Chambers, Choreographer, and drinks at Café 8
Sunday, 24 Feb 2019
Google Calendar Outlook Calendar
11.00 am to 2.00 pm
Central
For registration, please send your request to This email address is being protected from spambots. You need JavaScript enabled to view it.
Taking staircases, footbridges and the world’s longest outdoor escalator as starting points, this dance journey through Central echoes the natural and man-made verticality of Hong Kong Island through dance performances. 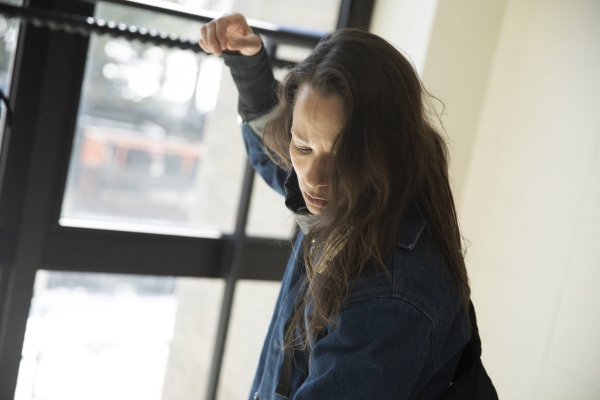 The walk, which is followed by a talk with drinks at Café 8 at the Star Ferry Pier, explores the linkage between society, dance and geographical space through interpretations by dancers and choreographers.

Justine Chambers hails from Canada and teaches contemporary dance at Arts Umbrella, Toronto Community Love-In, Modus Operandi Training Program and Ballet British Columbia.  She is interested in re-imagining dance performance and activating dances that are already there, the social choreographies present in everyday society.  She is the founding member of projet bk and was associate artist at the Dance Centre, Vancouver 2015–2017 and artist-in-residence at the artist-run centre, 221a, in 2017.   Justine Chambers was the recipient of the Chrystal Dance Prize in 2016 and the Lola Award in 2018.  As a dancer, she has worked with a number of choreographers all around Canada and internationally.

Josh Hite hails from Canada and has a BA in Philosophy and an MFA in Visual Art and teaches at the University of British Columbia and Emily Carr University of Art + Design.  He works with video, animation, sound and photography, making reorganised archives of particular spaces or behaviours either through his own recordings or by appropriating content through sites like YouTube.  He has shown his work in North and South America, Asia, Europe and Australia.

The Royal Geographical Society - Hong Kong wishes to express its thanks to Hong Kong Arts Festival for its generous support and by organizing of this special event.