Wild Encounters Around the Globe 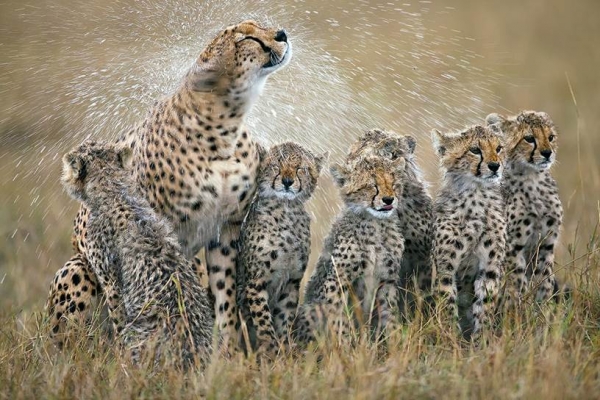 His talk is part natural history, part conservation and part photographic tips - but mostly it focuses on the extraordinary adventures and stories behind the taking of the photos.

Images featured include ones from East and South West Africa, including the Great Rift Valley and the Serengeti.  Paul is a world expert on the flamingos of East Africa’s Great Rift Valley   In the Mara/Serengeti ecosystem in East Africa, and he shows how nowhere on the planet has the density of game, the degree of predation and the range of animal behaviour, for which he has won many awards for his photography.

He also shows the beautiful seas around French Polynesia.  In colder climes, he shows the Falkland Islands, Antarctica, and South Georgia Island.

There are also some of his other favourite locations, including the Seychelles, Midway Atoll, home to more than two million seabirds, Indonesia, China and Hong Kong.

Paul Mckenzie was born in Kenya but has been a HK resident for over 50 years.  He read economics and geography at Trinity College, Dublin and worked in the finance industry in Hong Kong as an equity research analyst.  Paul began photographing as a teenager but his passion was ignited in the early 1990s.  In 1997, he photographed his first safari in East Africa and since then has travelled extensively to almost all remote corners of the globe to photograph wildlife.

Paul’s focus is on capturing animal behaviour and in showing animals within the context of their environments.  Today he is a photographer whose images have been published widely and used by such corporations as Microsoft, Patagonia, Viacom, Discovery Channel and the World Wildlife Fund.  In 2011, two of his images received awards in the prestigious “Nature’s Best” photo competition. These are currently on display in the Smithsonian National Museum of Natural History in Washington with others on display in London’s Natural History Museum.  He is a four-time Wildlife Photographer of the Year and a six-time Nature’s Best honouree.

The Royal Geographical Society - Hong Kong wishes to express its thanks to UBS for its generous support with this talk.