Overland: Through the Middle of the World

Alexander Pflaum
Wednesday, 6 Mar 2019
Google Calendar Outlook Calendar
Complimentary Drinks Reception 6.30 pm; Talk 7.30 pm
2/F, Duke of Windsor Building, 15 Hennessy Road (please note that this building is 5 minutes from Admiralty MTR or Pacific Place, next to the HK Police HQ
Pre-payment. Please scroll down.
Accomplished photographer and adventurer Alexander Pflaum tells the extraordinary story of his four-month, 16,000-kilometre drive right across Central Asia from Istanbul all the way to Almaty, Kazakhstan. Crossing seven countries, on the route he ventured deep into the forgotten lands of Karakalpakstan, traversed some of the world's highest roads in the Pamir Mountains and crossed the largest inland body of water, the Caspian Sea. 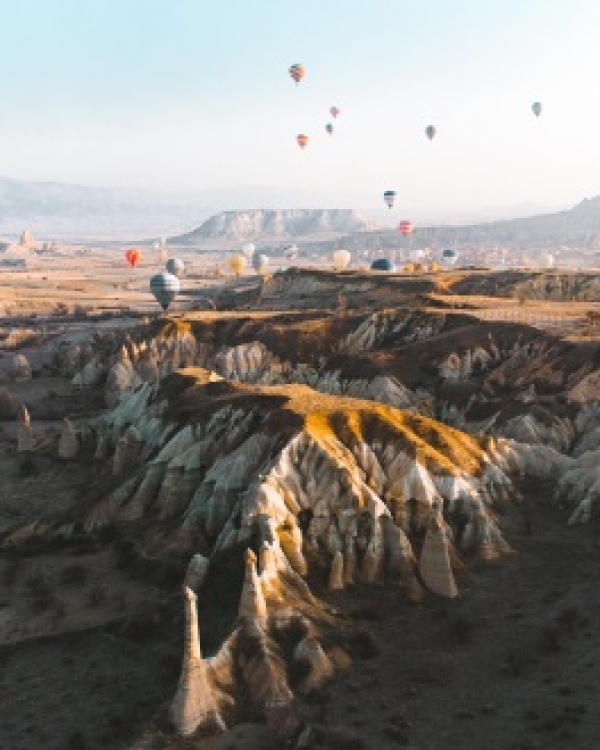 Alex extensively documented his experiences through photographs, videos and recorded dialogue.  The result is an extraordinary visual journey across almost forgotten lands, exploring culture, land and history.  This talk, with extensive photos and videos, tells the amazing stories of this expedition.

In an old dusty Georgian car market, he and his brother bought a beaten up Mitsubishi Pajero with two decades worth of dents and scratches.  They crossed the vastness of Central Asia, where a century of Soviet occupation cast the region in a shroud of mystery, which the fall of the Iron Curtain had only partially lifted. Yet for much of human history, the region was considered the centre of civilisation, consisting of trade routes threading their way from Europe to China – which he explored in detail.

Alexander Pflaum hails from the United States and was educated at United World College of Singapore and the University of British Columbia.  He is an internationally published photographer, writer, outdoor enthusiast and storyteller.  In the two years since his graduation, he has already completed his Central Asian expedition, hosted a major public exhibition in Vancouver, published a coffee-table book Overland ; Through the Middle of the world and penned numerous other articles.  He now resides in Oregon, USA.