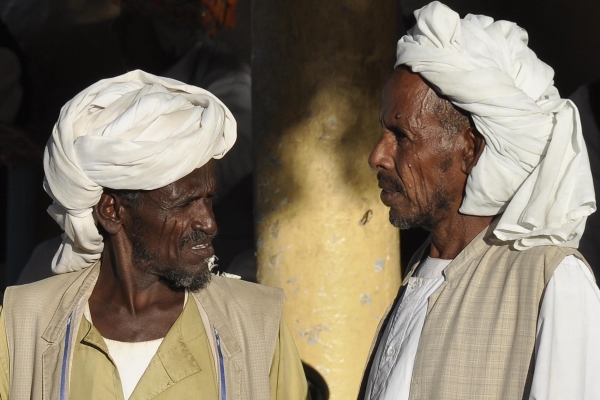 In 1868, the British government mounted an extraordinary bid to rescue a small clutch of European hostages in the Abyssinian highlands in a supposedly impregnable hilltop fortress 400 miles inland.  First they built a port on the Red Sea, and then built a railway across the coastal plain.  To add to this, they brought in 44 armour-clad elephants from India and hired 26,000 local people to serve as additional soldiers and carry their heavy guns into the heart of Africa.  Despite arduous conditions, the invaders reached the fortress, freed them, and put an end to the emperor who for years had been their persecutor and calmly went home.

A 150 years later, John followed their route, partly on foot with a donkey, and compared the past and present of Eritrea and Ethiopia.  He found today’s people spirited and energetic, living in the dramatic and extremely challenging lands of the Horn of Africa.

The explorer John Pilkington has been called "Britain's greatest teller of travellers' tales".  After journeys in Africa and Latin America, he completed an 800 km solo crossing of the western Himalaya.  His interest in Asia grew further with the opening in 1986 of the border between Pakistan and China, making it possible for the first time in 40 years to retrace virtually the whole of the Silk Road.  John was one of the first modern travellers to do so, and he wrote about the journey in An Adventure on the Old Silk Road.  This was followed by An Englishman in Patagonia, recounting eight months spent exploring the southernmost tip of South America.  He is one of only five people in modern times to walk the 2,500 km Royal Road of the Incas in the Andes of Ecuador and Peru.  He has followed these by numerous expeditions in more than 50 countries.

Listeners to the BBC are familiar with John’s adventure travel documentaries such as The Uttermost Part of the Earth, Pilkington in Patagonia, Pilkington in Kyrgyzstan and On the Trail of Butch and Sundance, an investigation in Bolivia of the most famous outlaws of the Wild West. He also contributes to the BBC's From Our Own Correspondent and writes regularly for newspapers and magazines.  He is the author of seven books.  In 2006, the Royal Geographical Society awarded him the prestigious Ness Award for his work in popularising geography and a wider understanding of the world.