Russia and Europe: What's next?

John Pilkington, "Britain's greatest teller of travellers' tales"
Wednesday, 27 Mar 2019
Google Calendar Outlook Calendar
Complimentary Drinks Reception 6.30 pm; Talk 7.30 pm
Hill Dickinson, Suite 3205 Tower Two, Lippo Centre, 89 Queensway, Admiralty
Pre-payment. Please scroll down.
In this talk, his sixth at the RGS in Hong Kong, famous explorer John Pilkington tells of his 5-month expedition to the borderlands of Russian and Europe and the surprising insights he gained. The aim was to understand the entire region and discover the stories behind the dramatic news headlines. 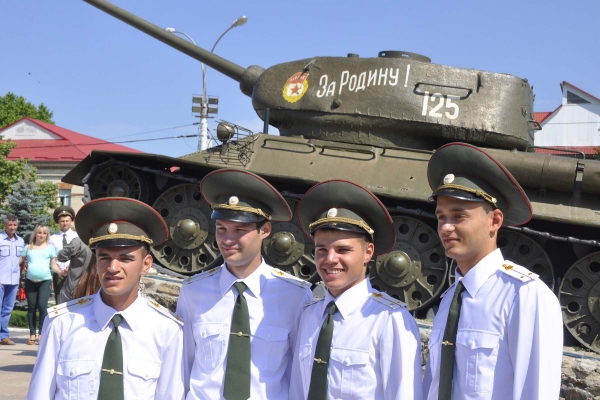 The trip was both distressing and at the same time incredibly heart-warming.  He found that passions are running high in the Ukraine and in the breakaway states of the Caucasus.  Vladimir Putin’s adventures in Ukraine took the West by surprise, but John found in some ways that they followed a pattern that goes back more than a century to the time of the Tsars.

Since the Soviet Union’s break-up, Transnistria, Abkhazia and South Ossetia have become Russia’s ‘forgotten’ satellite states – unrecognised and unheard of by most outsiders, but nominally self-governing.  Now Donetsk and Luhansk have joined the list, but by contrast Russia has taken full control of Crimea.

After five months of talking to people on both sides, John got a surprising insight into the Russian, Caucasus and Ukrainian people and their anguish about past and present conflicts.  He also witnessed the practical steps some of them are taking towards a calmer and friendlier future.  But like most, he felt only slightly wiser about what President Putin is planning next.

The explorer John Pilkington has been called "Britain's greatest teller of travellers' tales".  After journeys in Africa and Latin America, he completed an 800 km solo crossing of the western Himalaya.  His interest in Asia grew further with the opening in 1986 of the border between Pakistan and China, making it possible for the first time in 40 years to retrace virtually the whole of the Silk Road.  John was one of the first modern travellers to do so, and he wrote about the journey in An Adventure on the Old Silk Road.  This was followed by An Englishman in Patagonia, recounting eight months spent exploring the southernmost tip of South America.  He is one of only five people in modern times to walk the 2,500 km Royal Road of the Incas in the Andes of Ecuador and Peru.  He has followed these by numerous expeditions in more than 50 countries.

Listeners to the BBC are familiar with John’s adventure travel documentaries such as The Uttermost Part of the Earth, Pilkington in Patagonia, Pilkington in Kyrgyzstan and On the Trail of Butch and Sundance, an investigation in Bolivia of the most famous outlaws of the Wild West. He also contributes to the BBC's From Our Own Correspondent and writes regularly for newspapers and magazines.  He is the author of seven books.  In 2006, the Royal Geographical Society awarded him the prestigious Ness Award for his work in popularising geography and a wider understanding of the world.