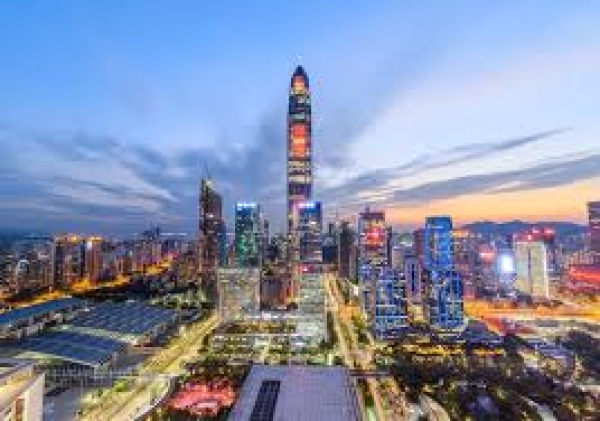 In his talk he starts by telling a story that spans the centuries, beginning with the earliest records of Qin dynasty conquest and concluding with Shenzhen under Mao. This includes the Tianhou Temple built in 1410 by the Ming admiral, Zheng He as an expression of his thanks to the goddess of the sea, the tomb of the last Song Emperor and Nantou Ancient City, with its Ming-era walls.

He then focuses on the recent history of Shenzhen, the story of reform and opening up.  No city in world history has ever grown so fast or so far in such a short period as Shenzhen has and Thomas describes its astonishing growth.  He shows how the city was planned and how it grew so powerful so quickly.  He illustrates this with a unique visual accompaniment of photographs he has sourced from Mainland journalists and Hong Kong photographers who captured the change first hand over the past 40 years.

Thomas Bird hails from the United Kingdom and is a graduate of SOAS, University of London where he read Chinese.  For the last five years he has worked as a freelance writer based in Shenzhen and Beijing.  He has also made frequent travel to remote locations across East Asia.  He has contributed to several guidebooks and cultural guides including The Rough Guide To China and The Rough Guide To Taiwan.  His writing has been printed in publications including Geographical Magazine, the Guardian and the South China Morning Post.  He most recently edited, and contributed essays to Shenzhen: China’s Southern Powerhouse, a coffee table, photographic history documenting the city's spectacular, four decade rise.