Destination Shanghai: The Lost, the Wanted, the Famous & the Forgotten of its Golden Years

Paul French
Thursday, 11 Apr 2019
Google Calendar Outlook Calendar
Complimentary Drinks Reception 6.30 pm; Talk 7.30 pm
UBS, 52/F, Two International Finance Centre, 8 Finance Street, Central
Pre-payment is requested. Please scroll down.
In this talk, well-known Chinese historian, raconteur and author Paul French speaks on Shanghai in its golden years of the first half of the 20th century. He gives an exciting account of Shanghai in an era of entrepreneurship, wealth, glitter and lawlessness in perhaps the most interesting period of its storied history. A riveting history of the era, replete with the personalities who resided there and those who traded there. 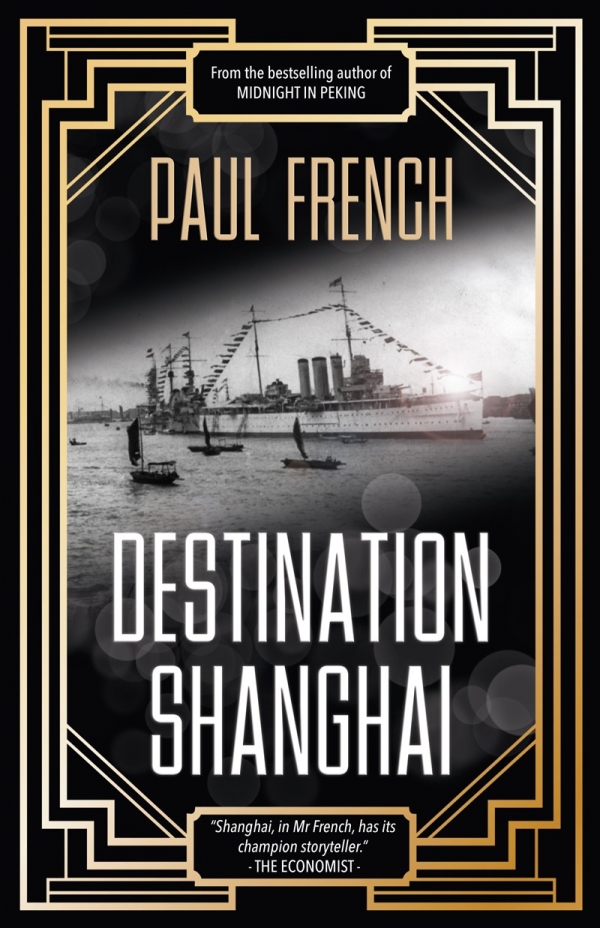 From around the world as well as China, a fascinating range of people, at one time or another heard the siren call of Shanghai. He describes how the city was, for the privileged, a cosmopolitan pleasure ground, but for the desperate a port of last resort. Entrepreneurs arrived from more than 50 countries for a share of the “pot of gold at the end of an Oriental rainbow”.

While amid its grand architecture, it was a place to find fame for many, others were seeking anonymity. As well as prosperous bankers and diplomats, there were rogues, chancers, showgirls and criminals. For so many people from so many lands, there was one phrase that sent a tingle of hope or a shiver of anticipation down every spine, which was “Shanghai”.

He talks of foreign powers recruiting spies on the Suzhou Creek, while there were Germans who had fled the Nazis to the city. He discusses the crazy visits of celebrities such as American playwright Eugene O’Neil, Harlem poet Langston Hughes, Swallows & Amazons author Arthur Ransome and British occultist Aleister “The Beast” Crowley. There were even Russian refugee chorus girls who later became Hollywood stars, and numerous writers who found their muse in the City. But amid the cosmopolitan wealth, there were also murders and crimes of passion that characterised the darker side of Shanghai’s glory.

Paul French is a well-known author and raconteur who has won the Kirkus Book of the Year, BBC Book of the Month and has been a frequent New York Times Bestseller, and is winner of numerous other awards. From the UK, he studied Mandarin at the University of London and has an M. Phil in economics from the University of Glasgow. He was then based in Shanghai for a decade as a business advisor, writer and analyst, becoming an international expert on the City.

He is the author of many well-known works of Chinese and Asian history including The Old Shanghai, Oil on Water: Tankers, Pirates and the Rise of China, China's Foreign Journalists from Opium Wars to Mao, Adventures of an American in Shanghai, North Korea: Paranoid Peninsula, One Billion Shoppers, Midnight in Peking and City of Devils. Both Midnight in Peking and City of Devils are currently being filmed for television productions.

Members of the RGS, their guests and others are most welcome to attend this event, which is HK$150 for RGS Members and HK$200 for guests and others, including a complimentary glass of white or red wine. This event is free of charge for Student Members.