Chad: Conserving and Cooking in one of Africa's Wildest Countries

Jamie Sparks
Monday, 20 May 2019
Google Calendar Outlook Calendar
Complimentary Drinks Reception 6.30 pm; Talk 7.30 pm
20/F, Silver Fortune Plaza, 1 Wellington Street, Central
Pre-payment is requested. Please scroll down.
In this event, Jamie Sparks speaks on her journey of self-discovery during her travel and work in Africa. Her experiences lead her to the belief that everyone can make a difference in the difficult situation facing Africa’s wildlife. 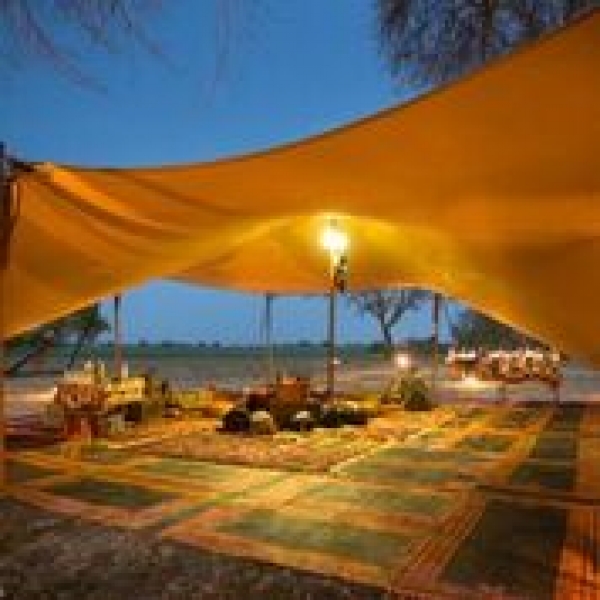 In 2012, Jamie took her first trip to the African bush, when she visited Zakouma National Park in Chad.  Chad’s parks are truly wild places, where there were no fences and large animal populations that behave skittishly when humans visit their environment.  She describes the abundance of animals and the raw, unbridled wilderness.

She spent a few seasons working as a camp manager and consultant chef and for a new bush camp, Camp Nomade, at Zakouma.  She discusses these roles and tells interesting tales from the bush.

She subsequently visited parks in South Africa, which are often surrounded with electrical fences, had large man-made watering holes, paved roads and multiple strings of electrical utility poles traversing the parks.  She questioned if this was to be the fate of all parks on the continent.  Since then she has been campaigning for truly wild places and the organisations that work hard to protect them.

Jamie Sparks hails from the United States and now resides around Africa.  She is a graduate of Le Cordon Bleu in Paris and has worked all around the world, from Michelin-starred restaurants in Paris to Las Vegas.  She now works in Game Camp management, in particular training local African chefs in advanced cooking techniques and cooking in the wild.  She also trains and promotes sustainable practices in African game parks.  She is the author of Tchat: A Gastronomic Safari, the proceeds of which are being donated to the African Parks Network.

The Royal Geographical Society - Hong Kong wishes to express its thanks to African Parks for sponsoring Jamie to come to Hong Kong.