The World in Guangzhou: Africans and Arabs in China's Global Marketplace

Professor Gordon Mathews
Wednesday, 19 Jun 2019
Google Calendar Outlook Calendar
Complimentary Drinks Reception 6.30 pm; Talk 7.30 pm
UBS, 52/F, Two International Finance Centre, 8 Finance Street, Central
Pre-payment is required. Please scroll down.
The RGS is delighted to have Professor Gordon Mathews, one of our most popular speakers, to talk again – for the 7th time. Guangzhou is now the home to a huge foreign community, from almost every country in the world. This talk explores the relations between Africans, Arabs and other foreigners and the Chinese residents of Guangzhou, all living together. 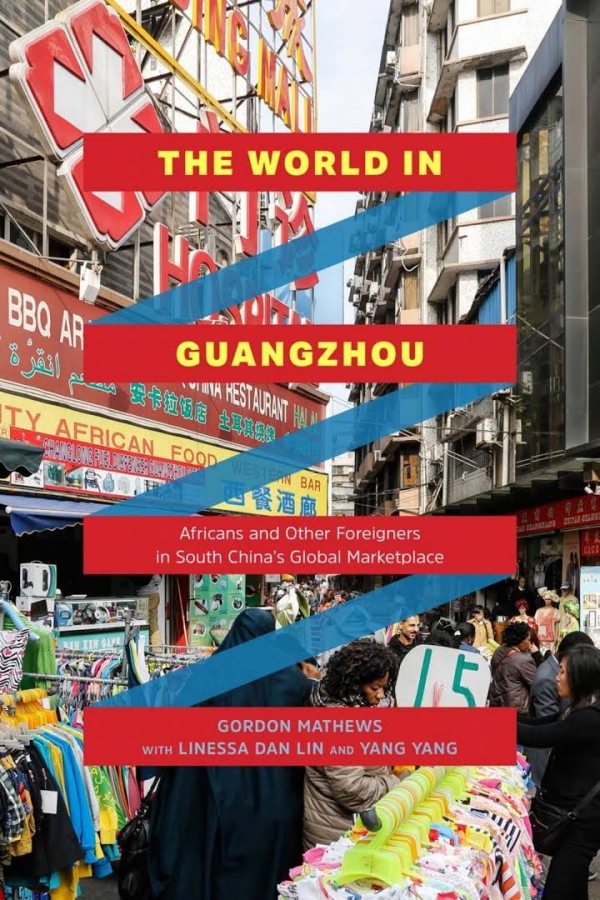 It also looks at low-end globalisation and business relations between Africans, Arabs and Chinese.  For instance, common conversations bring the communities together might centre around "Who do you need to pay-off to get copies past customs?".  Prof Mathews also looks at romantic relations between Africans and Chinese, where the African residents often believe that "When you marry a Chinese woman, she becomes the man and you become the woman!".  He also looks at religious belief, for instance the view of some local Arabs and Africans that "We believe in God but Chinese believe only in gold!".

In this context, Prof Mathews discusses how low-end globalisation can work so well between Africans, Arabs and Chinese, groups that typically don't trust one another for many of these reasons.  He also explores whether or not Guangzhou might represent a future multicultural and multi-ethnic China.  For instance, will China ever have its own Barack Obama?

Professor Gordon Mathews read American Studies at Cornell University, USA, and received his doctorate in anthropology at Yale University.  He has been teaching at Chinese University of Hong Kong for 20 years, where he is Professor and Chairman of the Department of Anthropology.  He has written or edited eight books on topics ranging from what makes life worth living, the global cultural supermarket, the Japanese generation gap, Hong Kong people's belonging to a nation to the underground economy worldwide.  He is President of the Society for East Asian Anthropology of the American Anthropological Association. He has been teaching a class of asylum seekers in Chungking Mansions for the past 10 years.  He published “Ghetto at the Center of the World: Chungking Mansions” in 2011 and “The World In Guangzhou: Africans and Other Foreigners in South China's Global Marketplace” in 2018.

The Royal Geographical Society – Hong Kong wishes to express its thanks to UBS as our Venue Sponsor for this talk.