Working in War Zones with the Red Cross

Jason Yip, MH, Former Regional Head of Market in Asia for the International Committee of the Red Cross (ICRC)
Tuesday, 25 Jun 2019
Google Calendar Outlook Calendar
Drinks Reception 6.30 pm; Talk 7.30 pm
1/F, The Hong Kong Club, 1 Jackson Road, Central
Pre-payment is required. Please scroll down. Please notethat no denim, T-shirts, flip-flops or sportswear are permitted at the HK Club, For further details, please go to .https://docs.google.com/document/d/1w9lZnFcbD4arPUGqIYtQxJBWybAwEGPAW-Wggesz2XY/edit
Jason Yip was the one of the very first Hong Kongers at the Geneva-based International Committee of the Red Cross (ICRC), to be hired as an on-the-ground delegate. In this talk, he tells the extraordinary story of his service in conflict zones, including Palestine, Afghanistan, Jordan, Syria and Myanmar. He also talks of his extensive experience in security analysis and building dialogues with non-state military groups. 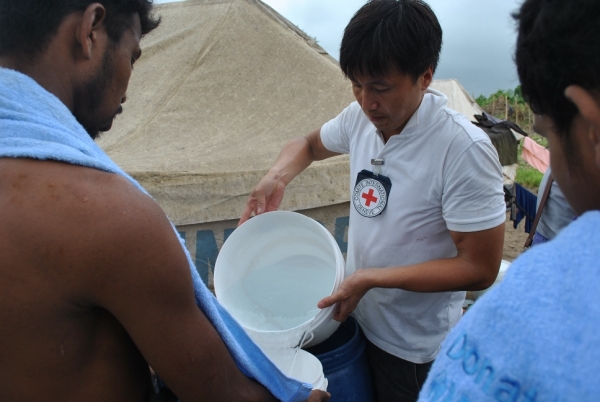 In these five countries, Jason carried out the ICRC’s mission of protecting civilians during fighting and other conflict, helping locate those separated from families and assisting in rebuilding a post-war infrastructure.  He has been involved in numerous life-threatening scenarios including negotiating with the Taliban in Afghanistan for the release of 33 kidnapped schoolchildren and their teachers.  He also delivered letters from prisoners in the mountains of Myanmar to their families.

Jason tells of how he went from being a lackadaisical, fun-loving child to an adult filled with unswerving belief in the value of humanitarian work in a world full of tension.  He also argues that Hong Kongers should get more involved in international organisations.

Jason Yip is presently the Community Engagement Director of MWYO, a think-tank founded by Lau Ming Wai, focusing on youth development issues in Hong Kong.  He was educated at Hong Kong University and upon graduation worked for Goldman Sachs in New York.  However, just four years later, he made a dramatic career change into humanitarian aid.

Jason became the Regional Head of Market in Asia for the International Committee of the Red Cross (ICRC), covering Greater China, Malaysia and Singapore.  He also worked in Geneva to develop dialogue and mobilise resources with the member states of the Geneva Convention.  He was also stationed in Palestine, Afghanistan and Myanmar among other territories as an ICRC Delegate, to develop ICRC’s humanitarian initiatives in the battlefield.

In 2018, Jason was awarded a Medal of Honour by the Hong Kong Government and was selected as one of the Ten Outstanding Young Persons by Junior Chamber International Hong Kong.