Long Peace Street: A Walk Between China's Imperial Past and Communist Present 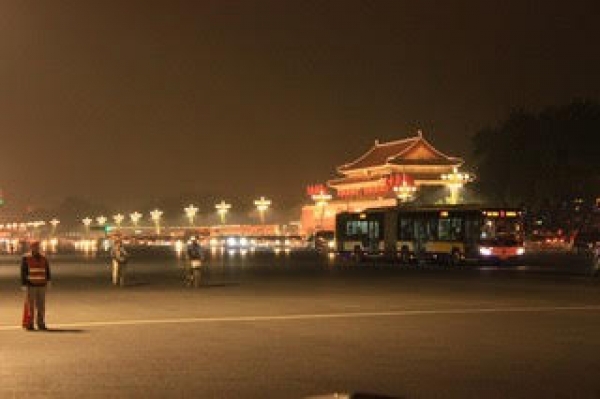 Long Peace Street cuts a 20 mile arrow-straight line through China’s historic capital and divides the Forbidden City, the vast palace of the Ming and Qing emperors, from Tiananmen Square, the shadowless public square rebuilt by the Communist government in 1958 to glorify the New China they had proclaimed in 1949.  Along the way, Dr Chatwin points out monuments of China’s tumultuous history: some hidden, some grandiose and some which remain only in the echoes of a street name or subway stop.

In his account, Dr Chatwin also discusses his literary journey across Beijing via Long Peace Street, recounting the opportunities and challenges presented by writing on a journey of limited scope in a country as vast and diverse as China.

Dr Jonathan Chatwin is a British writer and journalist from Birmingham, UK, who has lived in and written widely on China.  He holds a doctorate in English Literature from the University of Exeter and currently writes for a range of publications on travel, literature and history, with a particular focus on China.  He is the author of Anywhere Out of the World, a literary biography of the travel writer and novelist Bruce Chatwin and the travelogue Long Peace Street: A walk in modern China.  Dr Chatwin is currently working on a travelogue relating a journey in China’s south.

The Royal Geographical Society - Hong Kong wishes to express its thanks to UBS as the Venue Sponsor of this talk.